Will Tinder Enable the Polygamies? Old World Demographics and Religious Doctrine Lives On

First, what might be considered the other bookend to monogamy, celibacy and the sort of hyper-monogamous changes in nuptiality that occur primarily inside the Hajnal Line (I believe it is pronounced something like Hoynal, BTW.  You have to click this link unless you already know approximately the changes in nuptiality it marks out in Europe.) Michel Houellebecq believes these have had enormous cultural effects over the centuries which are underemphasised because they are going away in ways related to immigration, and thus cannot be said. John Nye of George Mason believes, with reference to Houellebecq,  they have had enormous economic effects which have been understudied, and the HBD people (including, wincing, apologetically, rather evasively Steven Pinker in his Angels of Our Better Nature) think these have even changed violence and criminality because they create changes in our genetics. 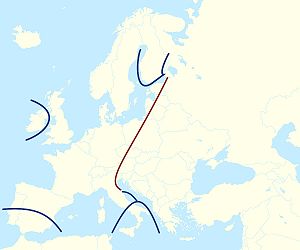 Well, Nye is deeply respected, though this is the sort of thing that gets him in trouble.  Houellebecq is roundly despised in some quarters and I can see why, but I think he has gotten some of this discussion quite right anyway. The Hajnal Line is becoming off-limits in academic discussion, not because it is incorrect but because it might cause people to have some bad thoughts, as you can see from the Wikipedia link. So also with HBD - very controversial, even when the numbers are pretty simple and right there. One would think such beliefs about demographic changes would be welcome - hey, you give more choice to women in who and when they marry and it has GREAT effects on the society, but the idea that heritability changes could be recent and meaningful causes people to go aaiieee! No, not genetics!

So this is a good spot to make very clear what is up about commenting, especial for those of you who are academics or otherwise vulnerable to consequences if anyone discovers that you have made politically unacceptable comments. I prefer that people comment here under their own online identity, but I have had several over the years who would communicate ideas privately to me, and I have then put them up here in my own words, hopefully with some accuracy. If you are now retired I ask that you reconsider that latter practice and see if you can find your way to putting it under your own, even if assumed, name.

Until recently we have viewed polygamy vs monogamy as a binary, for the very good (though incomplete) reason that 2≠1.Yet a type of serial monogamy because of widowhood has long been common. The explosive increase in divorce has more than offset the decrease in premature death from childbirth, accident, and disease, and this quantitative change may be great enough to have a qualitative effect on the society (I would say yes), but we did at least have the language and institutions of step-parenting prior to that. There is a continuum, and the existence of hyper-monogamy, as I have called it, at one end actually reinforced monogamy as a reasonable middle position. The Church, and society in general, could advocate monogamy with great assurance when its priest and nuns were celibate. The delayed marriage of Northern Europe also showed that sexual continence was possible, even in the biologically most difficult years. Cousin marriage, polygamy, and wide age range at first marriage* tend very much to occur together, and all of these are associated with less power in the relationship for females. Anything that increases the power of women tends to erode all three. At least in Northern Europe, the suppression of one seemed to decrease the other two as well.

Both the Eastern and Roman Churches forbade cousin (and niece) marriage, sometimes out to levels hard to enforce because record-keeping was not good enough. This was ignored nearly everywhere, but inside the Hajnal Line(s) it was obeyed, and was continued in the Protestant churches as well.  Centered in Holland and eastern England, age at first marriage rose, eventually to 25 for females and 27 for males. Children might still be expected to defer to their parents, and usually did still live with their parents until marriage, but at 25 and 27 they automatically held greater say in who they could marry than they had at 15 and 17. The north may have accepted these more readily because women already had higher status in those regions before the Church even arrived.  There was polygamy, but it was less frequent and less extensive. As near as we can tell, marriage was later and the age of the partners closer together. Lastly, this was one of the few regions in history where a few women did not marry at all. We might think of the Puritans who insisted none should live alone as a counter-force in NW Europe. They even forced widowers into neighbor's or children's houses in order to continue their spiritual development, after all. But it is notable that marriage was not required after widowhood, simply entry into a household.  Their reasons for this requirement are fascinating.  I may have a go at that soon.

As John Nye (linked above) said

I think, to the extent that what we think of as modern economic growth began in the West and was a very uniquely Western phenomenon in the modern sense, only later adapted by Japan and then more recently by many Asian economies, it’s clear that Christianity played a very big role.

And I think one of the things that, say, Fukuyama mentions in one of his recent books, and others have mentioned, is the role the Catholic Church played in promoting the nuclear family: banning cousin marriage without special permission, focusing on trying to unify romantic love with formal marriage, asking for the consent of women in the marriage vows, focusing on the need for celibacy and the need for monogamy, discouraging polygamy and the extended family.

All these things were part and parcel, or at least supported what we think of as the underlying institutions that nourish capitalism.

Whether or not, say, for example, a more Eastern version of capitalism would have arisen under China with polygamy, with very soft pantheistic religions, that’s a separate question. But as we think of the way in which modern economic development has occurred, it’s also co-evolved with the rise of the Western state, which is tied to the rise of the way in which Christianity played out, both as a secular force as well as a spiritual one.

Feudalism, which changed loyalty patterns away from clan-only has also been proposed as the reason behind the changes in NW Europe. The technological changes in agriculture that allowed more local surplus and freed up time for specialisation and home production are also given credit. I don't object.  I am sure that these days several people have put forth theories that it was changes in climate that drove everything.I am just hammering home a set of reasons that are given short shrift as causes. Forbidding cousin marriage reduces niece marriage and both reduce clan power and likely lead to later marriage. It ends up mattering a lot. Also note that New World societies were largely slave societies, which always develop new rules and workarounds to keep the power of the slaves down. No inheritance for you. But emancipation led to the expectation that the freed slaves would adopt the values of the general culture.  In America, this is largely what happened until about sixty years ago. That is a different discussion.

I'm just forcing this video in somewhere because I like it.

Monogamy is difficult for the individual, even if it leads to greater prosperity and satisfaction for the group as a whole. Polygamy is allowed in something like 85% of societies, and we may be more wired for that, by the genetic and anthropological evidence.

“Now this is so difficult and so contrary to our instincts, that obviously either Christianity is wrong or our sexual instinct, as it now is, has gone wrong. One or the other. Of course, being a Christian, I think it is the instinct which has gone wrong” Mere Christianity Book III Chap 5 "Sexual Morality."

Most of us resist ascribing our sexual and marital decisions to our peer group, but the evidence is strong.  I am using the term "peer group" to mean first the immediate and closest friends, but also the larger impressions we have of "guys like me" and even more especially "what professional (or athletic/artistic/ambitious) women my age" do. We think of peer pressure as something that happens to teenagers, but it is much stronger in adults.  This is because adults choose their peers and the influences become mutual. In our own minds we married or declined to marry, married younger or married later, had children or did not have children, divorced or stayed together for reasons about ourselves. I always wanted to have children (or not);  I found we were very compatible and decided marrying her was a good idea.  If we divorce, it will be for reasons that would be considered acceptable in our set.

So if we are to see an increase in acceptance of polygamy, we should look to the behavior of young women as our predictor more than young men. When we define polygamy broadly this only makes sense. The days when a man could simply take some woman as bride (or slave) are long gone in the west. It is likely women have more overall power than men in this area, not less at this point.  Though it is complicated, and wealth, violence, and vulnerability do still factor in - all areas that have traditionally worked against women's power in relationships.

*The power disparity may even have reversed these days in many cases when both are older. It used to be that a woman fifteen years younger was regarded as a bit dependent. A fifteen-year old girl marrying a thirty year old man is a child with no experience or leverage in the world. It used to be that even if she were smarter and more capable than he she would never close the gap, not even after decades.  A thirty-five-year-old woman marrying a fifty-year-old-man (I watched this up close) two generations ago could get to a more level playing field. Currently, it is just as likely that she holds the advantage and even has entered the relationship precisely because she has the advantage. I use advantage in the sense of a market advantage, of who can get out and marry equally or better most easily. It is uncomfortable to talk about, yet it is something people are quietly aware of about themselves and their friends, and it drives decisions more than we like to admit. People are usually unaware of this and resent the suggestion, as I have noticed even when other women point this out in admiration, that a friend has the upper hand in the equation..  The narrative of women forever being one-down and having to scramble is very important to some. They are expecting to have to defend against the "dependent" accusations and get the other. My observation as of five years ago when I really lost touch with the choices of professional women is that both can be true, even uncomfortably true. It was uncomfortable to observe those two conversations. Even I who say the obvious out loud dimly suspected this was something I shouldn't say.  There will be more about this in the section about intrasexual competition, which is up next.

I wonder how the calculus would change with an economic contraction. Some of the attitudes rely on people being and staying rich enough to be independent.