I mentioned previously that cultures that cannot make hard choices are going to be poor soil for Christian belief. Whether that is the seed choked by weeds or the shallow soil I leave for you to ponder.

This applies also to individuals who cannot make hard choices, though that is hardly the only reason for non-belief. I know people capable of facing hard choices in other areas who are not believers. I know believers who have diminished capacity for making hard choices. Still, there seems to be some correlation. It is a fascinating inversion of the teaching of Freud and most personality theorists of the early 20th C: the idea that people believe in a God because they want or need it to be true turns out to be nearly the reverse in practice. As CS Lewis wryly observed, “Amiable agnostics will talk cheerfully about 'man's search for God.' To me, as I then was, they might as well have talked about the mouse's search for the cat." Most believers I know have periods of wanting to be let off the hook. Most nonbelievers express some distaste or even horror of being like us, with all they would have to “give up.”

In my profession we often encounter people who refuse to not feel good. This refusal to give up feeling good leads ultimately to a crummy life, which also doesn’t feel good. It is a formidable barrier to getting better. I am not entirely unsympathetic. Which of us wouldn’t prefer to feel good? What’s the benefit of embracing pain for no reason? I have always felt the proper answer to the motivational statement about pain is No pain = no pain! Why look for trouble?

People find that giving up substances of abuse leaves them bereft of pleasure for quite a while. Many psychiatric medications, especially anti-manic agents, have similar effect. I just feel slowed, doctor, not like myself. It’s like I’m in a fog. I can see why folks want to give that a pass. Once cocaine (or mania) has blown out your pleasure responses, it’s tough to find joy in smelling the flowers. But sometimes it’s the only road home. It’s a hard choice; yet if you can’t choose the harder road, then you’re not ever getting home. It may not be fair that you have to face this choice while others don’t. But there it is.

I believe the truth is ultimately a comfort, while a lie is ultimately misery. I also labor under the misapprehension that when people ask my opinion, it’s because they want my opinion. In college, I worked with an elderly black waiter who used to say, “If you cain’t be told, you cain’t be taught.” Dam’ straight, Ben.

“I have a certain reputation for bluntness here,” said my second son, as I was explaining to some of his amazed coworkers that he was the most tactful of the Wyman males. I’ll bet he is tactful, though. It’s just hard when you hear people more clearly than they hear themselves. I’m not trying to criticise the depth of anyone’s faith here – Sure you are. And it’s insulting. And now you’re insulted that I pointed it out. I was only offering my opinion - No you weren’t. You said that’s what Jesus wants. All I said was – No, you said volumes more than that with tone of voice. And you’ve changed the exact words to boot. (We seldom actually say these responses out loud, mind you. We just hear you evading the truth and are irritated by it. It’s hell to see what others don’t. In my earlier poll In the land of the blind, the one-eyed man… James had the best response in the comments:…lying dead on a ledge half-way up the mountain)

Frank Schaeffer’s* personal issues (which were detectable way back when I read Addicted To Mediocrity in 1982) scream out at me at the link. They don’t, somehow, to the editors at the Times? The NYT, which has opined that George Bush went into Iraq because of some father issues? The Folk Song Army’s issues are immediately transparent. Andrew Sullivan’s issues are immediately transparent. The State Dept wants more diplomacy because that’s what makes them important. Chris Martenson’s comment today echoes this gloriously. "That is the weak and easy road to take, and so, with history as our guide, we can be nearly 100% sure that our leadership will follow that route as certainly as water will seek a drain." An elephant in every room.

I greatly fear those who cannot self-observe yet make pronouncements. I fear them for good reason: I know how dangerous I am when I make pronouncements without examining my own motives. Do I fear poisonous ideas being left out on the buffet for anyone to take? A bit. There should at least be a sign that says, “Some people think this is poison.” But I object more strongly when the poison is being actively loaded onto people’s plates. I tend to intervene.

That comes awfully close to the center of my religious, social, and political arguments. Do you want a particular answer to be true? Then be most suspicious of that. Or, working in reverse, is there an answer you resist? Find out why. 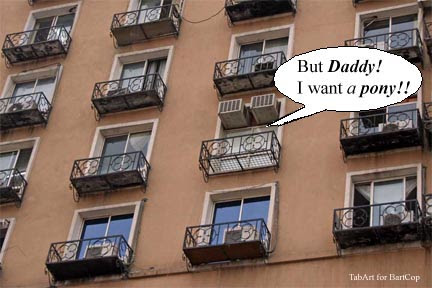 I am descended from Puritans, Dark Lutherans, and Scots Presbyterians - this is the gift we bring you: good medicine might taste bad. We are accused of believing that good medicine should taste bad, but I think that exaggerated. We’re just prepared for it.

*The NYT also doesn't notice that this is an ex-conservative no one has heard from in decades. His cred is based on having an autographed football from Jerry Falwell or something. What to do? You grow up in Switzerland and are a filmmaker, for Pete's sake, and a novelist who exposes the dark underside of fundamentalism and they still don't accept you at the Times.
Posted by Assistant Village Idiot at 6:25 PM

I'm a little surprised (and possibly slightly pleased) that my off-the-cuff response to Frank Schaeffer is similar to yours.

Frank grew up under the rather large shadow of his father. He seems to be still responding to that fact; still carping against evils (real and imagined) that he saw in that shadow.

The rest of your article seems spot-on. Don't know what to add.

In one letter, Screwtape must remind a young apprentice-demon that while war is fun for the Minions of Evil, the best way to get humans into Hell is to have them die in the most pleasant nursing home possible. (Among friends who lie about their health, doctors who lie about the prognosis, nurses who cosset, comfort, and pain-relieve, etc.)

This does not seem to abjure against medical care or seeking of ease; it seems meant to warn readers that a pursuit of ease carries the threat of taking us away from the hard choices of reality.

Someone once said to me "the truth never hurts," which I took to heart, apparently to my detriment. Ultimately, I've learned that when people ask my opinion, they are almost always only looking for me to just agree with their decisions, even when it seems patently obvious that this is a moment for honest criticism of the argument ('No, Stephanie, I don't think you should break up with him before you ask him why he didn't return your text last night. There might be another reason other than that he's cheating on you.'). This seems to be specifically true in the creative world, where all feedback is regarded as an attack, up to and including "you misspelled the title, by the way."

Just as a note, from someone who is bipolar (and a mod on an MI board): it really isn't the cessation of mania or whatnot that brings on the feeling of fogginess; it's definatley the meds; heck, in my case, losing the mania brought on such intense clarity of thought it was like walking OUT of the fog.

But some of the meds I have tried have indeed been like blanketing my brain. Still preferable to mania, even though a fellow in rehab put it best when I described it: "Dang, spounds like being on meth".

cns - a fair point. I did not stress enough that the side effects are indeed a significant feature for many.

Still, you have illustrated my point: you have a hard choice, harder than is perhaps fair in this life, and have chosen the tougher but more productive road.