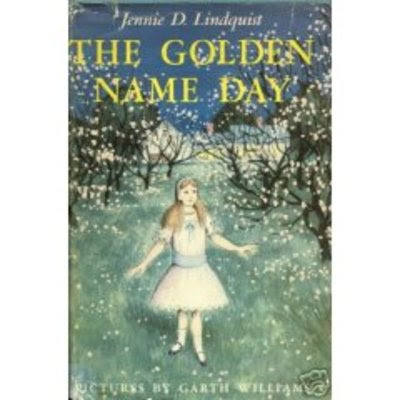 It's easy to put a paranoid spin on the Consumer Product Safety Improvement Act of 2008 - especially as the first year of prohibited children's books is 1984. In an attempt to protect children from dangerous inks with lead in them before 1985, books older than that can no longer be distributed to those under 12. Used children's clothing is also prohibited, and thrift shops around here have had to throw out enormous quantities of what any of us would say are "perfectly good" clothes. Consignment shops are sending items back to their original owners. The net effect on the clothing is that there is less of the discount stuff for parents to purchase for their children, which will raise the price. It is a shameful unintended consequence of the legislation, hitting poor parents proportionally much harder.

The loss of the books is more subtle. The American Library Association warned Congress of the possible ridiculous consequences of CPSIA, and they are just ticked enough to take the view that this legislation doesn't apply to them until they are told otherwise. Good on them, then, as it's easy to see how public library collections could be devastated by this. Schools less so, but the effect would still be there. Used booksellers will have to get out of the children's market altogether, which strikes me as another blow to poorer families. But no one is sure whether CPSIA enforcement will include libraries or not at this point. The law clearly says "distributing," not "selling." At a minimum, an opening has been created for a person to officially demand a book's removal on lead-based ground even if the motivation is transparently about content.

No one intended this. It's not some liberal plot to eventually control all our children's reading. If that were the case, they would have found a way to make 1960 the cut-off date. But such loopholes can and have been used by the unscrupulous.

Yet even without the paranoid possibilities there are reasons for concern. The act disproportionately affects out-of-print titles. This is the last you will see of my Aunt Jennie's books (as pictured) except within the family. (And are we technically in violation of the law if we let Emily read our copy before she's 12?)

The net effect is to take more old books out of circulation. This will scarcely be noticeable at first. Many old favorites come out in new editions, and the titles with serious demand will remain available. Not many children read old books these days. This was always true, but will become more pronounced. Two generations ago, children read older books because there weren't that many titles available. You took what you could get. Some of us were certainly charmed by stories out of a previous era, but I can't say with assurance we would have read them if other things had been available. I was much more likely to read classics than other children, but I read the Alcott books because I ran out of other things to read at my grandmother's. Similar circumstances at summer camps brought me to the Frank Merriwell and Leatherstocking books. I had to read something.

The internet has made many older works more easily available, and in that flood we don't notice the larger flood of the internet as the Encyclopedia of Now. I rejoice that I can find old things, and they will be available on Kindle for my grandchildren - more available than they were to me. But they will be in competition with ten times as many new things, many quite worthy. Over many months, the minds of our young will be less shaped by immersion in cultures that have come before.

There is a peculiar power to the education of entering of another culture. In our multi-culti world, it is the older cultures that are fading like old photographs. CS Lewis describes the necessity in his introduction to Athanasius: "On The Reading Of Old Books." It is not long, and I encourage you to read the whole thing. Other eras are not without their biases and blind spots, but they are different blind spots than we find in our own era. Even in children's literature - perhaps especially in children's literature - the reader encounters people who see things in quite different ways. These are not so far apart from our own lives as to be not understandable, but they see things differently. Divorce is rare, but widowhood is common. Poverty is just one of the many possible difficulties of life. Small luxuries, such as a ribbon for a pretty girl's hair, can send people into raptures. Whole books are written with no mention of romance or underwear. Christians of other eras take mere church attendance as a possible spiritual danger, and regard angry words as a serious disruption to family harmony. They might be quite foolish in all this, but the point is that they see things differently. We enter their world and see how moral questions might be the same and yet different.

We are slowly cutting ourselves off from earlier selves. No one is doing this to us, we actively choose the shiny, shiny. Even those of us who have a deep fondness for older things don't seek out other old things. We are comfortable with the familiar old things we have. If we pick up something different, it is far more likely to be something new. The improvements in visual technology we unconsciously ascribe to our being more real than they were. Video games and movies had fewer effects (and besides, those people had incredibly stupid hair) - our brains automatically tell us the folks living then had a similar clunkiness about them. We do this even if we were those people and lived then.
Posted by Assistant Village Idiot at 8:02 PM

On April 1, a rally is scheduled in DC to urgently inform Congress about the harm this law is doing. I urge everyone to attend who possibly can.

Also, see the unbelievably arrogant response that a citizen (consulting to small apparel makers) received from a Congresswoman when she raised concerns about this legislation.

This just strikes me a sloppy lawmaking. sloppy. When lawmakers are almost all lawyers, trained and experienced in scoping out all the possible contingencies inherent in the smallest blip of language, why can't they see something like this?
And I'm a guy who likes to give our legislators the benefit of the doubt.
Sloppy. Stupid. aaaarggh.