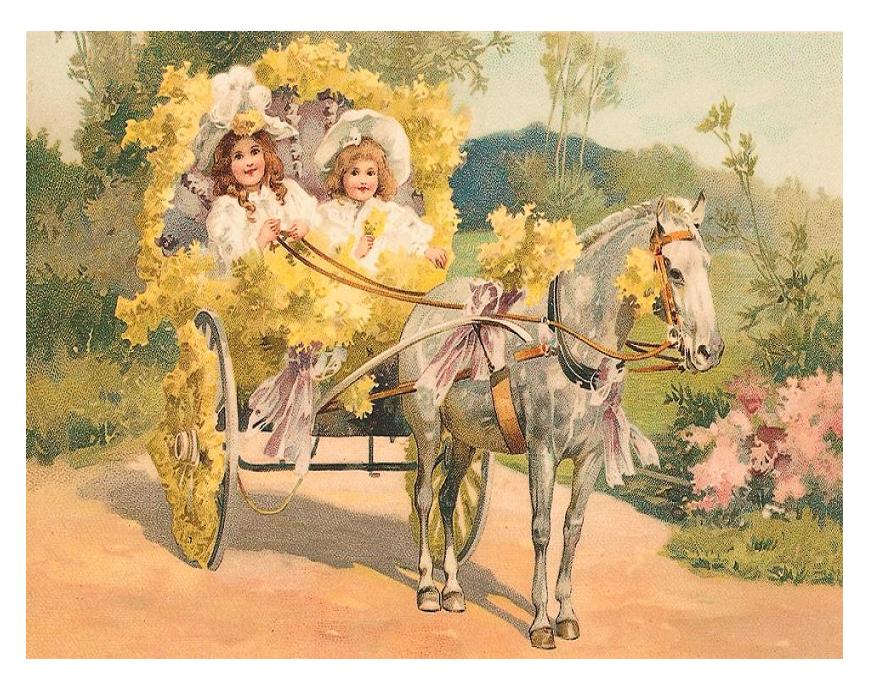 Nurses today concluded that a young woman who is not especially resourceful, who looks puzzled and helpless when confronted with a new problem, may have been “sheltered” growing up.  Does that word have an identifiable meaning anymore?  She has a mental illness and abuses drugs, and she may be a timid and uncertain sort by personality.  Surely these are sufficient explanations without having to drag in a concept from an earlier era, when girls could actually be physically kept away from much of life.  If books from a century ago have any accuracy, people could control the influences on their children, so that an eighteen-year old might actually have met few boys, read or heard nothing about the seedier side of life, and been waited on by servants enough so that basic life skills were not learned.

Not that one had to go to such extremes in order to qualify for the adjective “sheltered,” but you take my point.  My wife may have grown up in as “sheltered” an environment as existed outside of the wealthiest circles in the 1950’s and 60’s – and it wasn’t very sheltered. Mass communication, if nothing else, has shattered that.

This particular girl is sexually active, has been a dancer for some years, and her parents drink too much. Not our traditional picture of “sheltered.”

What, then, could these nurses have meant?  The girl is a freshman at the state university and did not thrive, which is probably a stereotypical enough example of “oh some girls are too sheltered and can’t handle…” that the descriptor occurred rather automatically from the context rather than the girl’s actual behavior.  She is upper-middle-class and is certainly in a new element on an acute psychiatric emergency unit, but who wouldn’t be at 19?  Yet if they mean “Has not been held real-world accountable for her actions” there may be something to it.

I wonder if they were saying more about themselves – a little self-soothing about the harshness of their early lives and some pride at having survived and become competent?  Or the reverse, of having felt a little unready for the world when they were young themselves, wishing they had been taught more or given more tools by their parents.  Some resentment of wealth and privilege, and even satisfaction that such had not protected the girl. There are other possible motives.  But the more I write, the more convinced I am that the nurses who are 10-30 years older are talking about themselves and some narratives about how life works than they are describing the patient.

Update:  I have already had a comment that a freshman girl encountering alcohol/drugs is in a similar position to the "sheltered" girl of a century ago.  She doesn't know what she doesn't know.  Could be.
Posted by Assistant Village Idiot at 8:45 PM

You probably nailed it with "not held accountable" and the comment about not knowing what she doesn't know.
I've met more than a few who seemed to have been sheltered from knowing that choices matter and can have irrevocable consequences.

I had to explain to my first love what was going on in "The Gay Divorcee" and why it was going on. Didn't understand "divorce" or what it was like in the '30s. But I had a good idea as to why, and considered her sheltered.

First of all, America condones excessive drinking to an extraordinary degree, o saying that the parents drink too much may not mean much. Are they blotto alcoholics who can't work, or are they country club high functioning social alcoholics?

Anyway, to have parents who drink too much, doesn't mean that a child may not have been sheltered. Even (especially?) alcoholic parents can still be loving parents who want to shelter their child from the dangers of the world, from becoming as wild as they were, etc.

Second, just what does being a dancer for several years have to do with not being sheltered? I was training to be a professional dancer before college, but would have been described in many ways by those nurses as "sheltered". Not all dancers are hos, street-smart, poor, etc.

Side-note: I do remember my father trying to get me to sample assorted cocktails before I left for college, telling me that boys would try to get me drunk to get me into bed. And that I should be aware how different drinks tasted camouflaged in mixed drinks, and how they affected me, so that nobody could take advantage of me. I refused, hating the taste.

Sheltered? Did they mean that the parents raised the girl to expect to be loved and cherished by achivalrous beloved, and that she was therefore unprepared for the loutish, vile lying beasts that drunkenly grope college girls on campuses these days? Was she sexually active thinking it meant something?

Sheltered? Did her parents actually enforce a curfew and did she actually obey it, and then have difficulties managing life without boundaries and limits when she reached college?

Just as kids gain the freshan 15, it's difficult for kids who have grown up in decent households to behave morally when released into the Sodom and Gomorrah that most campuses now are. Us fuddy duddy grown ups usually resist sexual and other temptations because we have developed a degree of discipline as well as loving our spouses, but for a redblooded kid with raging hormones? More difficult to be virtuos..

Does the fact that one has a mental illness make being "sheltered" meaningless? Loving parents (even impaired) sense kids' vulnerabiites and try to protect them from the cruelties and casual manipulations of others when they are young.

On another note, I was sheltered as a kid and did not rebel. My siblings did rebel, and came to terrible grief. In college I freaked out a bit at the lecherous guys, but fended them off. Had enough gumption because raised by parents who loved me enough to shelter me.

I sheltered my own kids. They didn't screw around. They didn't drink until it was legal, they don't do drugs, because I would have killed them if they had. We didn't let them get licenses til they were 18 (brain development improves then). No wild parties, no overnights places where we hadn't talked to the parents who would be there. We were Ogres.

IMHO, tho, it's not sheltering that harms kids but too little sheltering. I worked in youth with abused and neglected city kids. Pregnant at 12 and 13, kids pimped by crack addicted moms, drug addicted teens, "wayward" teens, kids relinquished by too-young parents who could not control their behavior. The most serious behavior and problems young people suffer from are the result of too much liberty and license, not being overly controlled and sheltered. The rich kids inadequately supervised and given too much freedom in my present suburb are just as lost as the poor kids I worked with in youth. Just have better clothes and better lawyers to get them out of trouble with the law, and better shrinks.

Being sheltered may promote neurosis, or delay maturity, but it's something that can be grown out of. Being loosed in the jungle too young may kill or maim a person.

I think the word "sheltered" should be modified, to answer the question from what?.

Yes, sheltered from what?

I raised my children quite differently from Retriever and I think they have mostly turned out OK. The girls got their driver's licenses (and cars) at 15, the boys at 16. One of the boys had a motorcycle. One of the girls got her pilot's license and flew solo on her 16th birthday.

Is the attitude toward dancing one from another era where anyone who took part in a stage production was considered immoral?

Though we obviously used different techniques (different part of the country, different extended family culture, etc.) Retriever and I probably have in common teaching our children responsibility and how to care for themselves.

There were lots of household rules, not just curfews. They were mostly obeyed. They didn't want to lose their driving privileges for one thing.

Though they were given cars, they were required to contribute to insurance, fuel, and maintenance costs. So they had jobs and required duties and another incentive for decent grades in school.

Now that I look back on it, most of the overnights and many of the parties took place at our house. I encouraged this (unknowingly at the time) by having lots of food on hand and being tolerant of noise.

I think I would change Retriever's last sentence to read: Being loosed in the jungle at any age without skills may kill or maim a person.

I was speaking in percentages about dancers. In this instance, it was definitely show dancing, team dancing, that I was referring to. I'll stick with that crew as "not sheltered" in the traditional sense, though these later senses of "not held responsible" may be true.

I am not up on what the culture is among those who are now taking a classical ballet or Martha Graham style of dance. I think they are few. There was some overlap when I was a theater major - many of the girls had learned both classical ballet and tap.

The traveling companies of dancers - any style - were uh, notorious. That was also an average, and amongst the large number of people of both sexes who were hitting on us, the temporary stage crews, I'm sure there were those who hit on no one. I didn't notice.

But that may also have been much more common at highest levels then - and a reason why a lot of girls stopped preparing for dance careers and went on to college. The culture may gradually change.