There were trailers for really irritating-looking new movies. A Disney offering called "Brave," which absolutely should have been "Brave♥" instead. It's about a beautiful spunky redheaded Scottish gal who does unladylike things like furrow her brow and get dirty, and even (gasp) uses bow and arrow. By drawing on her inner strength even though others doubted her, she saves the day. Then there was one about Alaska spending millions of dollars in the 1980's to save some whales that had stranded themselves in the Arctic. A spunky, pretty strawberry-blonde girl spearheads the efforts to save them by talking to the whales to encourage them, then going on TV to shame everyone into remembering that whales are Just Like People. Based on a true story.

They are frigging whales, dammit. Not people. If you ever wonder why liberals only grumble, rather than scream in outrage at Disney Princesses, it's because Disney is the primary purveyor of liberal environmental and multiculti pieties to the young. They get a pass for that.

But the main attraction... 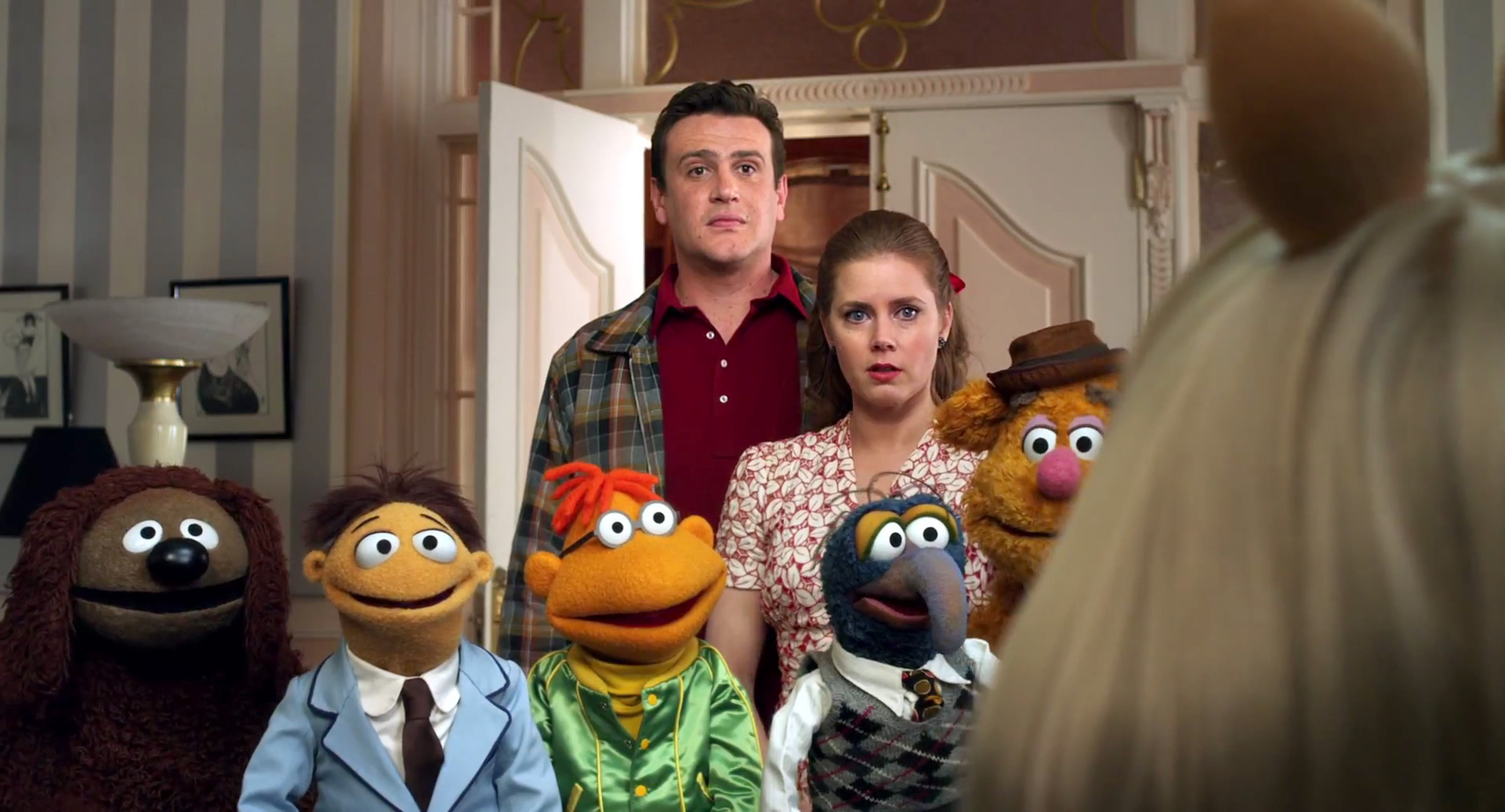 They save the theater by putting on a show.
The rather goofy hero does propose to the adorable homespun girl.
The villain almost wins several times but is eventually foiled.
There are cameos and inside references to the original TV show.
Things blow up but no one gets hurt.
We learn you can do it if you try and being with your friends is the best thing.
There are flaws in the movie, but they don't matter.
Posted by Assistant Village Idiot at 9:19 PM

yah. the only thing is that all those messages are undermined by the endless layers of self-satire piled on top. The guy and gal are deliberate Leave it to Beaver era caricatures. The music, which in previous Muppet movies transitioned smoothly between humorous and sincere, was clownish and eye-rolling ("Am I a Man or a Muppet?") when it wasn't just a repeat of the same joke (yes, yes, music by the Cars, you're an outdated anachronism, thank you we GET IT..) The human characters acted more like muppets than the actual Muppets did (a common flaw with people-and-puppet/people-and-cartoon/people-and-cgi movies.) They spent too little time being funny and heartwarming and too MUCH time trying to be clever. Not to say the movie wasn't fun and amusing, but it was so busy trying to be witty that it failed to be GOOD. It just didn't have the same Henson magic and charm as previous movie outings.

it is deemed an remarkable, gorgeous, basic and genuine video clip of the good idea. I am just this type of enthusiast of one's function! I might take a chunk regarding dessert away from a new tree every day.