Reading a synopsis of the story of Turin Turambar killing the dragon Glaurung - a key moment in The Silmarillion - something about the description of the dragon's initial response to the blade going into his belly captured a quickness and a franticness which had not been part of my picture of dragons before.

I can't recall when I first saw a picture of a dragon, but it must have been pretty early on. Dragons these days tend to be humorous affairs, rather plump with cute smoke blowing out their nostrils. This characterization of them is quite recent, and Disney no doubt bears much of the blame, except for the very cool Maleficent.

Tolkien, who we might have depended upon to uphold the honor of ancient monsters, is likewise a culprit with his pathetic Chrysophylax in Farmer Giles of Ham (Those may be the first ill words I have ever written about St. Ronald). 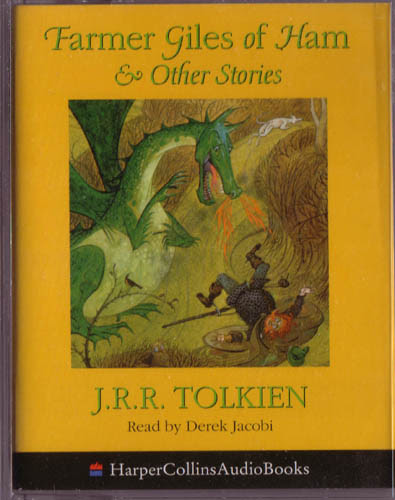 The miserable descent from The Reluctant Dragon (1941) 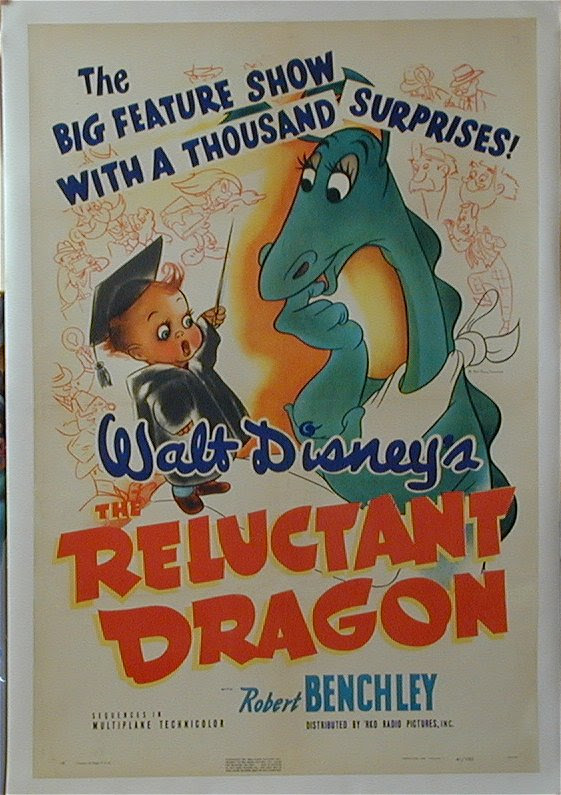 must lead eventually to Barney.

Peter, Paul, and Mary deserve a smack as we go by as well for their weeping twit of a dragon who wanted to play on Cherry Lane.

Kenneth Grahame, who wrote the book The Reluctant Dragon in the late 19th Century may have started this pernicious trend. I do wonder if this cutesifying of dragons and other grim creatures is a partial cause of our society's refusal to believe much in evil now. After all, dragons are just cheery fellows who are misunderstood, and have their own perspectives on things which are not really wrong, but just different. Sure they eat people, impoverish countrysides of hard-working people, and burn their victims in horrible agony, but the only evil creatures are those benighted humans who won't give them a fair hearing. In a multicultural world, it's only those dracophobic people who are dangerous. Revolting.

The other dragons in my developing picture, from Beowulf, John Gardner's Grendel, and Smaug from The Hobbit, were at least grim and crafty. But they have another failing, of excess weight. Necks and tails might be thin, but our image of dragons now includes a fair heft in the middle. The authors and artists are legitimately trying to capture the great indolence and corruption of dragons, in much the same way that Spielberg expands Jabba the Hutt and gives him those slow, cruel dragonish eyes. In capturing this one aspect of dragons they ruin another, and make them seem less dangerous. If these dragons can't persuade you to do something unwise, their only other trick is to breathe fire at you. Sure, some of them can even fly, giving them greater range, but this fire-thing has become their weapon of choice to the exclusion of others.

Dragons are called "worms" in the old tales, and compared most often to huge salamanders. My picture of worm and salamander are lithe, thin creatures. Those fat dragons make you immediately think slow, out of shape, company softball guys. No matter how many times the author assures us that they're fast - lightning fast, hoo boy, you wouldn't believe how fast - I can't believe it. Even Maleficent's dragon up top has so much bulk you just think stay away from that breath and we'll be o-kay.

The Chinese should be given credit for keeping the idea of the long, slender, shifty, quick dragon alive. You look at those dragons, you believe they can motor.

Maybe it's all those ponderous dinosaurs, even the pteradactyls in the movies that throw us off from getting it right about dragons. RRRAAARggh, with their heads bobbing slowly up and down. No wonder the little mammals stole their eggs.

This is important because of the thrashing about, especially in death throes, of dragons. It should be a lot like alligators or crocodiles on "Wild Kingdom," where it suddenly hits you that these suckers can move, and they've got teeth. Think of a fish flopping around in your hand, or when you step on the dog by mistake, how quickly they move. That should be slow compared to a dragon. If you were to try and stick a salamander with a pin, they wouldn't just wriggle around a little, shrugging "stop bothering me," they are in full out panic and so fast that you usually lose them.

Now expand that out until the salamander is 300 or 500 times longer than that. Stick that with an equivalent pin, such as a sword or a spear, and imagine it twisting back on you so fast you barely saw it. That's what a dragon should be. A 100-foot alligator, but quicker. Here's a pretty good one. You are about the size of his forearm. Stab that one with your +5 Dragomatic that the guy at Halberd City assured you was foolproof, and this is still gong to knock you unconscious by mistake with just an elbow when he turns around. Then he tears you apart while he's dying and starts collapsing the cave walls with his struggles. Now those are death throes. 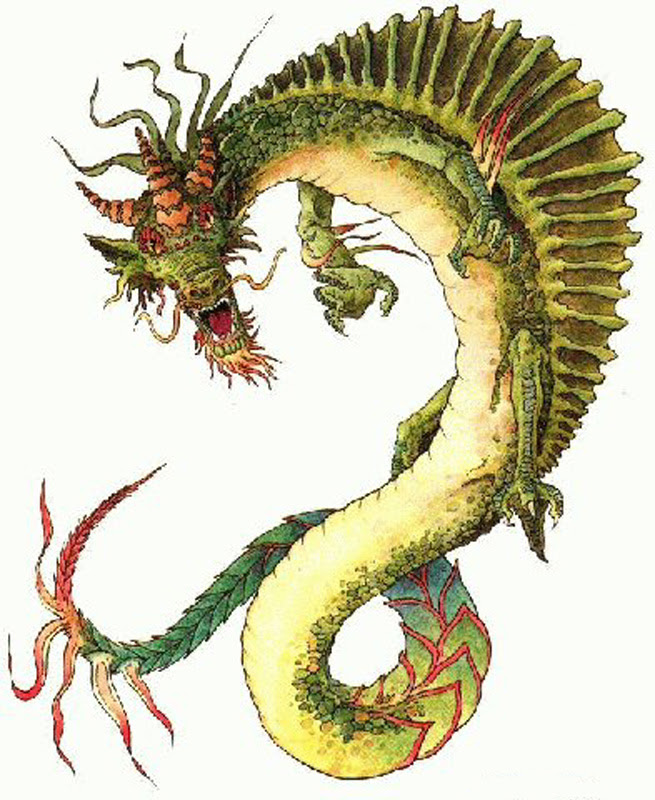 Killing dragons is a nasty, dangerous business. Nothing much glamorous about it. You have fired your arrow truly at the heart of the matter as usual. Dragons arise from and are manifestations of the evil which lies in our hearts, curled around our arteries, guarding the treasures we hoard deep within the darker caverns of our souls. The very concept that the human heart contains such places is suspect in a world where the definitions of temptation has become "that extra dessert." (with a nod to Daniel Amos)

We can name the worst dragons. They are sloth, greed, malice, idolatry, lust, anger, envy, bitterness, just to name a few.

Now you have inspired me. I think you will be seeing a post on this topic on NecoDraconis. Overdue I think. I'm rather ashamed that you got to it first.

Barney is a dinosaur, not a dragon (though if your point is that Figment led to Barney, you might not be wrong. I'd forgotten about dear Figment). Also, Lucas, not Spielberg, directed Star Wars. Factual incorrectness isn't your style AVI, watch yourself.

Don't lose hope, though, these days Christopher Paolini has his best-selling "Eragon" series with a nimble, intelligent warrior dragon and her rider as the two main characters. Not to mention how Harry Potter battled a vicious Hungarian Horntail dragon, which Mike Newell reimagined as this for the big screen.

I wouldn't worry. I think the status of dragons as dangerous creatures is getting safer by the year.

Dinosaur. Oh yeah. I knew that, but I must have just crested over from Figment.

And I make that Spielberg/Lucas mistake all the time. Shameful.