I will include in the next day or so some more charming and poignant pictures that the boys took in Romania, but today, it's just pigs. Two pigs were slaughtered the day before in preparation for Cata and Crina's wedding, and everybody helps out. 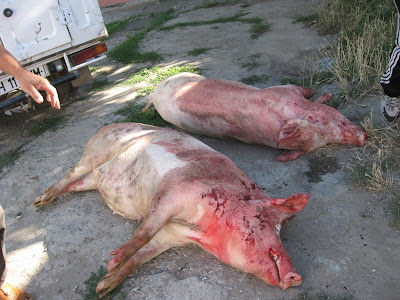 The bristle is burned off with a propane torch. 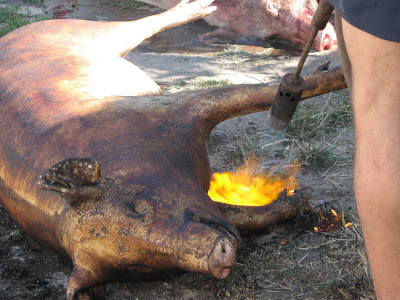 John-Adrian posted this one to his MySpace page right away. His girlfriend, still back here in New Hampshire was babysitting at someone else's house and looked for a DVD to play after the baby went to sleep. Samantha is a sentimental girl who likes cutesy things, so she though the title Silence Of The Lambs sounded like a sweet children's movie. So. You watch that movie and your boyfriend posts a picture of himself with a hatchet standing over a mound of (he says) pork. Sweet dreams darling. 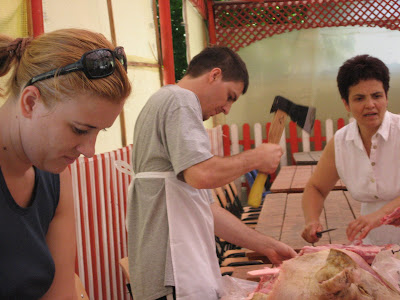 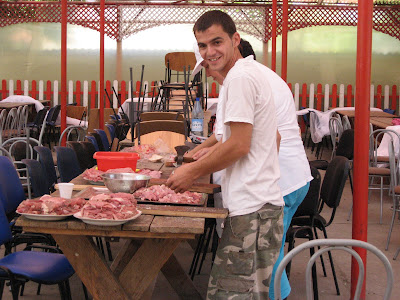 There's video of the pig debristling, too, which I hope one of them posts on YouTube. I'll bet it would get a lot of hits once word got out.
Posted by Assistant Village Idiot at 12:40 PM