Free Will and Determinism

One can hold to determinism by the simple gainsaying of any claim of free will with possibilities which undermine its freedom.  If I say I freely chose the blueberry pie, not the apple, a determinist can claim I could have chosen no other, given the circumstances. Though even this can get complicated. The anecdote looks at first to be sharp evidence for free will, but it could likewse be dismissed with enough perseverance. One can thus call anything determined. At the popular level, this is exactly what happens in the discussions, and even higher levels of discussion are not devoid of it. I prefer something a little simpler.

We have an ability to imagine possible outcomes from our actions. If it wasn't good for something, we wouldn't have it. It must be reliable enough to convey advantage. A determinist could regard it as a mere information-gathering and processing ability, and that once we have engaged in imagining, analysing, and conferring we as individuals are unable to make any choice but one. However complex the leadup, with however many variables, the determinist can claim that once reaching that point, our decision is actually determined, however free it feels to us. We believe the decision was made at 2:00pm, but the determinist maintains it was made one second before that.  Or one second before that, if we decide to press the issue.  Or a second before that, if we persist.

As I said, he can always gainsay free will, merely by defining every possible outcome as determined. I suppose one can always claim technical victory, as one can similarly always break any picture down to pixels or little blobs of paint, leaving us unable to prove it is a picture of a hat*. 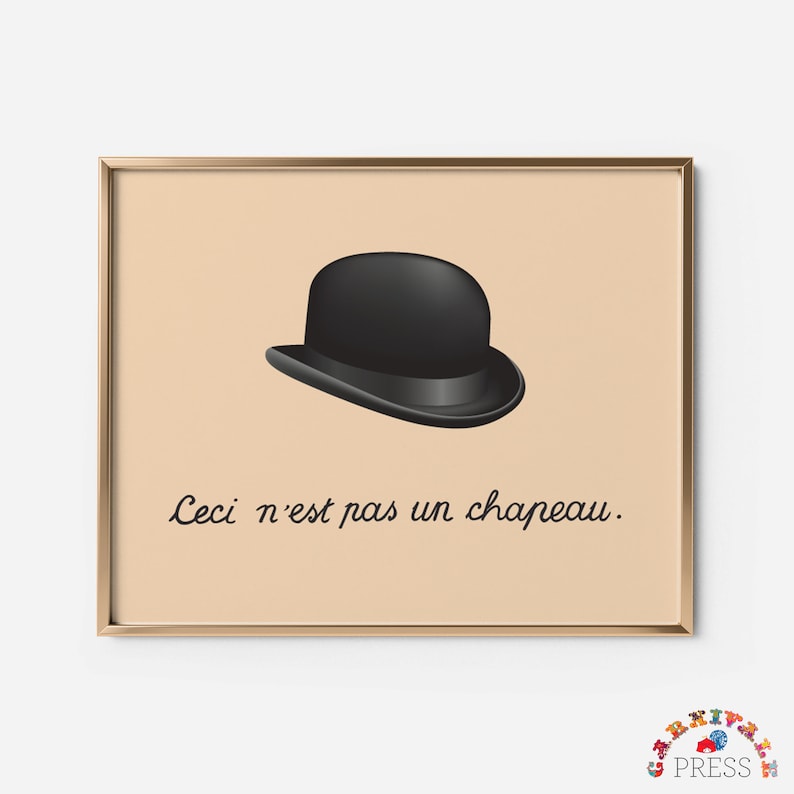 But we would have to at this point reverse the field.  What then, would free will look like, in order to exist? How would we recognise it if we saw it? It may be that, given the initial conditions of the universe, all is predetermined, save for minor and random variations on our way to an eventual collapse.  But as we live amidst those minor and random variations in a tiny, out-of-the-way corner of an unimportant galaxy, under the illusion that our actions can change things and have meaning, how is a localised irruption of actual free will not one of the random possibilities?  We have turned the game, and can now gainsay each supposed example of determined action.

If the faculty of imagination works even approximately, then freedom exists, however much it is buffeted by the heavy determinism of everything around it. It only takes a bit of freedom to create huge changes in a chaotic world.  Make love to your wife an hour later, a different child is born.

*This is a nice etsy hat, if you want one.
Posted by Assistant Village Idiot at 11:39 AM

We have an ability to imagine possible outcomes from our actions. If it wasn't good for something, we wouldn't have it. It must be reliable enough to convey advantage.

Your Determinist must deny this assumption. No conscious faculty can convey advantage, because there is no advantage to be had: everything is determined. Consciousness could only convey advantages by allowing the conscious beings to alter outcomes, i.e., to engage in free will.

Thus, Determinism also entails rejecting evolution, Darwinism, and a number of other parts of empirical science. That's why there has been a rash of metaphysical theories in the last few decades called "Humean," named after David Hume but actually propagated by David Lewis, which deny the existence of scientific laws governing the universe. What there really are, Humeans argue, is mere happenstance patterns from which we wrongly imagine underlying laws. The regularity of these patterns is just an accident; and consciousness, as well as all of its faculties, just an illusion.

That is discussion at a higher level than the popular, but I think it ultimately has the same weakness. We may take each pattern singly and show it does not have to be anything much. It's an illusion, sure. But the fact of supposed patterns existing and us thriving within them reverses the field. The simplest explanation is now that these organisms who think they have consciousness seem to agree that there are lots of each other and exist within a structure of these illusory patterns. Surely their illusions must then have some reality, however tenuous? If they were all false, how would we ever come to know it and posit Humean explanations?

If consciousness is an illusion, then of course so are the determinist's arguments. They are neither true nor false, merely determined. His argument itself testifies to a hope that I can change my mind; he demands an (optional to me) evaluation of his meaning. If he wants me to choose to listen to him, he gives away the game.

I remember talking with Tucker Callaway about his book on Zen that I was proofreading. I thought I could prove Zen's premise wrong, but he pointed out that if self was an illusion, my arguments collapsed. It was a good lesson--Zen gave a self-consistent universe, but a very small one.
You can show all sorts of bizarre theorems are true if the system you are working with is the empty set.