I stayed at the home of a college friend for a night after the reunion.  He had worked for the College of William and Mary for decades, retiring last year as a senior VP. All his work on the financial, budget, properties side of things. I asked his wife - because I didn't want Sam to have to brag on himself - why they had named a building after him. "Guilt.  His last job was as direct of operations during covid.  He had to deal with all the government agencies, politicians, interest groups, media, and factions within the college itself.  Not the job I would want.

I picked up some bits of info while I was away which I pass on to you.

A researcher's claim that "Every randomised trial (of Ivermectin) that found a statistically significant benefit for survival was fake or did not happen as described." People quote studies they read in good faith and I am not being hugely critical of any of us when we weren't quite diligent enough or cautious enough in what we passed along. But be skeptical of the skeptics, and skeptical even of your own self.

The spread of covid visualised. I will take him at his word on the data.  His first conclusion, that "We had this thing beat in the spring of 2021" is weaker.  It is of course possible that we reopened too soon, leading to the summer spike in the South especially. This would be evidence in favor of that.  However, as further spikes were predicted even absent reopening, we don't know what the severity of those would be.  Then there was an immediate comment that "this shows that covid is an indoor phenomenon."  That is also defensible, and this would be evidence for the proposition. But... If you keep going in the comments, you will find that everyone seems to think that this proves what they already thought going in.  Even if they are correct in their conclusion - and I have considerable agreement with them - it is nothing near proof in any case.  I say this to highlight how easy it is to see what we want.

Every time I look at the death numbers I either think "Finally.  That's three days in a row now that are low.  We may be coming to the end," or "Damnit! Well over a thousand for a couple of days again. I hope we aren't looking at a spike in the North again this year as we go back inside." It is too easy to be swayed by short-term numbers when we are hoping for a particular result.

As usual, it is the bad reasoning, clearly motivated reasoning, more than the conclusions themselves that irritate me. If it were my business that had gone under I would be daily on the alert for claims that we overreacted and never needed lockdowns (The recent study showing lockdowns useless again made the error of equating what the government said to do with what people actually did.  I have related this to gun control, sex education, condom use, driver's ed and driver safety, etc previously and still think those analogies good.) If I had had a close relative die of covid I would be looking for evidence that we had underreacted and not acted safely enough. You selfish bastards. I think I fully get why people bring extra energy to the issue.  But all I can do is keep coming back to what actually seems to be so.

Governments and skeptics might each have terrible motives but turn out to be correct.  Or people might have nothing but the best motives and get it wrong.  Motive is only a clue after the fact as to how things went wrong, not evidence in advance that they did.

I will now go on to more interesting and less infuriating posts about archaeology and stone circles (including beer and axe heads), liberal hereditarians,  (not) understanding Shakespeare, the privileging of current historians - especially WRT the Cold War, and the growing reversion to the primitive ideas about language that strings of phonemes - not even "words" - (like pronouns, insults) cause actual damage by their mere utterance.  And I'll bet I remember some other things on the way. 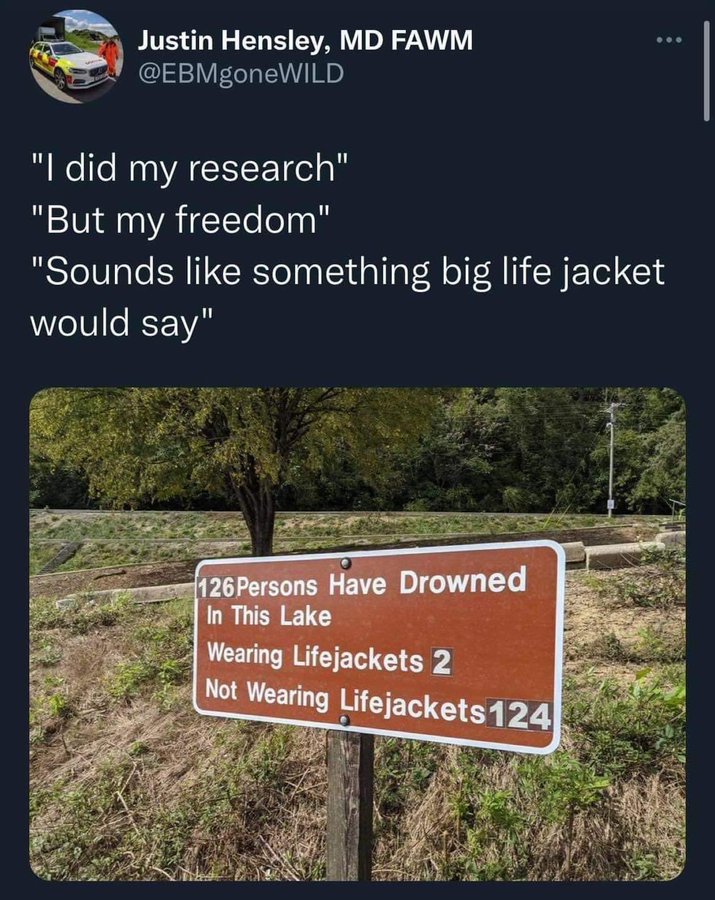 Beer and axe heads are two of my favorite things.

A short version of below. TL:DR?

This will be my last comment about this particular subject. (Everyone whistling, jumping up and down and clapping their hands.)

I abandoned the "time suck" of Twitter a couple of years ago so I can't access those links.

I happen to take a daily pill of low dose aspirin every day, by doctor recommendation.

But then in other news, all the major MSM news organizations are reporting on the US Preventative Services task force saying that people over 60 shouldn't just arbitrarily start a low dose aspirin regime;

"The latest evidence is clear: starting a daily aspirin regimen in people who are 60 or older to prevent a first heart attack or stroke is not recommended," Task Force member Dr. Chien-Wen Tseng said in a statement. "However, this Task Force recommendation is not for people already taking aspirin for a previous heart attack or stroke; they should continue to do so unless told otherwise by their clinician."

Reading this article, it seems to agree that low dose aspirin helps with symptoms of COVID, but at the same time says that these are just hypotheses and there could be other factors involved, such as other medications taken at the same time, following physician advice more closely and maintaining social distancing.

In conclusion, it's getting hard to know who to believe. Every study that comes out touting " off-label" use of some inexpensive medication for the mitigation of COVID symptoms, there is a corresponding study out saying the other study is full of shit.

I don't recall ever advocating Ivermectin as a proven cure. I thought it was interesting when I first read about it, and waited to see if it would pan out, just as I did with HCQ. It seemed to be one of those drugs with a very, very low downside, so that it could be tried and studied, with and without scientific rigor, without causing noticeable harm. The hysterical reaction was shocking and discouraging, just as it was with HCQ.

Even if Ivermectin were a dangerous drug, I despise the notion of squelching public discussion of its efficacy. The conflation of a preference for uncensored debate with an unreasoning belief in a drug's efficacy is extremely discouraging and a very bad sign of where we're headed. This is another social "cure" we're being threatened with that's anti-Hippocratic, i.e., worse than the disease.

I laugh every day. All said and done, it's the new flu. You will get it. The sad thing is the fake vaccine still lets you get it. That sort of proves it really isn't a vaccine at all. Cheers! Every news agent proclaims that even with double dose, people who still get the virus and get sick may not die.................KIND OF LIKE 99.9% of people who got the virus.

The media and the fools focus on the sickness and not on the actual death from that particular disease.