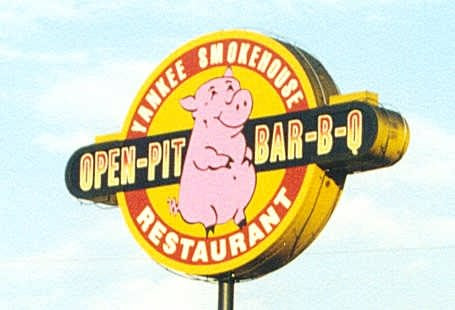 I neglected to mention in my previous posts about creating a family culture - I had forgotten how central and intentional it was - that our family culture included an enormous amount of creating traditions that were ours, that were distinctive.  Defiance of Midwinter Barbecue, Easter Breakfast, praying for every ambulance that went by, cool trips to avoid Hallowe'en, repeated foods and songs, or pilgrimages to used bookstores or restaurants.  Christmas always included the same advent ceremony at dinner for four weeks, Jesse Tree, reading Best Christmas Pageant Ever aloud, Lucia, cutting the tree - half a dozen other customs which might be shared with the same friends every year, but were more often unique to our household.

We were well-embedded in this before we saw the Dobson book Let's Make a Memory, which stressed the importance of this for grounding a child in a family and the world in general.  Come to think of it, I don't think we ever read it, just knew it was there and told friends to go that route.  Children are naturally conservative about such things in their earlier years - in highschool the bonds begin to chafe a bit, and they resist some of it, but in general they come to see it as part of the definition of what their childhood was, or even who they are.

For us it was important to make all things new, though we drew almost entirely on traditional elements.  That's who were were, I think, and perhaps who we are:  a kaleidoscope turn of familiar bits recreated.  Much of the family tradition was highly intentional, but other parts came in serendipitously - an ice-cream maker purchased for $2 at a yard sale became central to the Defiance of Midwinter, while an attempt to start Devotion By The Ocean lasted only one year (very hot chocolate spilled, no available restrooms...).  Yet I don't think one knows to keep the accidental elements unless one is always looking to add to the collection.  Chance favors the prepared mind and all that.

So, my young friends expecting their first and wondering about parenting advice, I would suggest you put this high on the list.  Make traditions.  Never be afraid to steal good material from other families, but have confidence that you might come up with good things on your own.  And invite folks over.
Posted by Assistant Village Idiot at 11:16 PM

When grandparents are many hours away, instead of creating "home table" traditions you create "family unity" traditions by visiting kin. So we don't have a family Christmas dinner menu--or rather we're only starting to develop one now that the kids are mostly grown.

Yes. Grandparents 90 minutes away in opposite directions for us in the 70's-90's. You get mixed traditions, but one of the common ones is "everyone sleeps while Dad drives."

And here I was thinking myself lucky because I had two of my grandchildren only 200 miles away for these past two years.

A few years ago, my children and grandchildren were scattered coast to coast and border to border -- California, S Carolina, Michigan, Arizona. The closest then? Only 820 miles.

And my sister lives in Scotland.

Even when I was a child there was a yearly 1000 mile trip to see grandparents. Dad couldn't stay awake if anyone else in the car was asleep, so Mom did most of the driving.

20 hour drives have been a family tradition for 3 generations now.

Though I was raised in a rabidly atheist household, we had Christmas trees, Easter baskets, and the Hallowe'en you seem to object to so strongly. The family culture you describe sounds deeply satisfying to me. I don't think people give enough credit to rites.

Then there is Hank Willams Jr’s. take on
Family Tradition.

Gringo: I knew someone would mention that.

Family tradition...reading books together at night.

Doing a family camping trip every summer. (Every boy in the family learned how to help with the set-up and tear-down task for several different tents and borrowed campers. Eventually we got to the point where we could set up camp efficiently without anyone issuing directions.)

Meals together at least four nights a week.

Family readings over dinner during the religious seasons of Lent and Advent. The church we attended was pretty far from traditional, and no other members celebrated those seasons. My parents had decided that this would help us understand the Christian meaning underneath these holidays.

And the twice-yearly trip to relatives for Thanksgiving and Christmas. (All between 60-100 miles, mostly in the same direction.)

@Texan, I don't know if Hallowe'en gets a bad rap or not. It has always been very heavy with loans from the old pagan traditions, and All Hallows Day was a little weak as a Christian holiday meant to replace/upgrade the old pagan one.

(Unlike Resurrection Day, which naturally blended with the old Oestre/spring celebration. And Christmas, which covers whatever Winter-Solstice holidays were usual...)

Sometime during the 80s, certain strands of Christianity got a little spooked about the pagan undercurrents of Hallowe'en. I can't tell whether that was wise or not.

But my parents reversed direction, and we didn't dress up anymore on Oct. 31. I would have missed it if I had been older at the time they decided to change that practice.

Anyway, the power of rite is often misunderstood.

I love family traditions, in part because it winds up being like an Easter Egg hunt in your life. An average day, when suddenly someone mentions "that child actress...from little house on the prairie?" and I've got a moment of nostalgia for reading the book series with my mom when I was very young. Very peaceful.

Along the same lines...when my husband and I were first married, we took a trip to Washington DC. For the 8 hour drive, we programmed the iPod with songs from the 90s we liked. As they came on, we had all sorts of high school memories attached to them, and got to tell all sorts of random silly stories about our family and friends from that time. It's a fun way of triggering memories that may not ever come up otherwise. When else would I have talked about the VW Vanagon?

"When else would I have talked about the VW Vanagon?"

Bethany, that should be the first thing you bring up when meeting people, and your go-to story. I have friends who don't believe Mike Zylak is real because of the ridiculous things he got us all into.

Yes, and it received its death-wound right outside your house. The wheel came off and rolled ahead and I pulled over before the historical marker sign. I believed at the time that the bolts were intentionally loosened, and I still wonder.

But the scraping at the axle, etc was a very-expensive-proposition-to-do-right, and I got rid of it shortly after.

Jonathan's story is that he learned to drive in that and by spring could handle just about anything.

The thing I remember most vividly about the Vanagon was how strongly it smelled of maple syrup when the heat was turned on. I always wished we'd searched the ceiling a bit more thoroughly.

Jonathan - I have also considered the possibility that Mike Zylak was not real. I think we should at least entertain the idea that he was actually some sort of Fight Club-esque alter ego for you. Or me. Or your dad. Or all 3 of us, I don't know...I just think it's hasty to presume his reality without further study.

You mean everyone's dad didn't blast the Boston Pops orchestra playing Sousa at 5:00 a.m. to get them up to go fishing?

I do see that everyone's dad fell asleep on long trips. I laughed when I read the opening lines to The Great Santini, where they are starting their trip at the crack of dawn. We always started ours very early and then an hour or so into the trip, my dad would ask my mom to drive because he was tired.