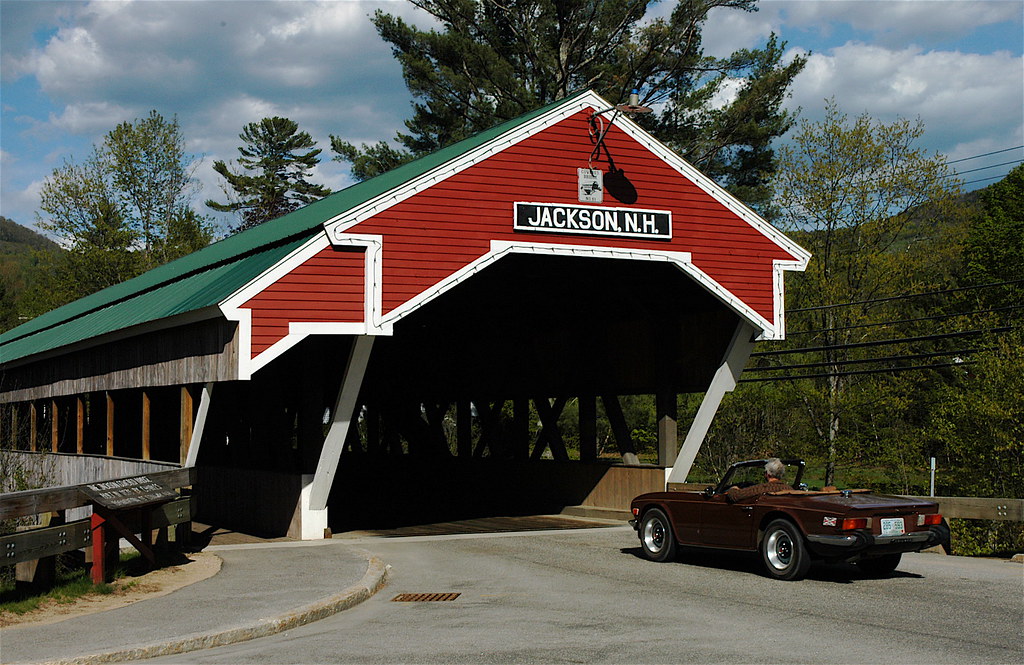 The Honeymoon Bridge in Jackson, NH has a history for us. First, we are very big on covered bridges in general.  My wife taught NH history for decades - every fourth-grader in the state has to take it, and really, she should have written the textbook if only her idiot husband had freed up the time for her to do it and then kept after her.  Second, and relatedly, Son #2 did a major (for fourth-graders) research project on covered bridges in NH.  Third, we vacation every year in Swanzey, which has a concentration of six in one place.

But the real reasons for us to care about that bridge are that Jonathan and Heidi were married in Jackson and had pictures taken at the bridge; plus the frequency that this particular covered bridge shows up on calendars. Her parents live nearby. On the return trip to Romania in 2005 with the whole family, a picture of the Honeymoon Bridge was hanging in the orphanage in Transylvania sons #3 and #4 came from. Just a strange feeling. I pointed it out to the Romanians nearby, but none were impressed by it.  People in other countries have little idea how big America is, and how much of a coincidence this would be. (All of Romania is the size of Oregon.)

Anyway, it's well into the White Mountains and it's closed for repairs, because a car hit it, then a truck.

I haven't heard stories about vampires in Oregon (except for the government bloodsuckers).