How things change, and how poor memory is.  I could swear I first heard this song at Frank's Truck Stop on Rte 143 outside Williamsburg in early 1973, but Wikipedia tells me it didn't come out until October of that year, so I am wrong on that.  I first went to Frank's in late 1971, my freshman year at William and Mary.  It was my introduction to any real southern culture, as Williamsburg was 70% college/Mid-Atlantic bubble. I went with Sam Jones, Don Harvey, and John Daniel Porter, all of them Virginians who objected to my talking too fast and putting maple syrup on grits.  "Dayviyd! Yer roonin' 'em!"

I thought all of us were going in mockery, but I gradually learned that this was only partly true for the Virginians, and not true at all for those from farther south, who relished this chance to get something much like what they grew up with. (William & Mary was/is a state school of 80% Virginians. At the time it drew very few students from New England or west of the Appalachians.  North Florida to North Jersey was its out-of-state draw.) I saw this title and had to include it among my three choices for a quarter at the table jukebox. 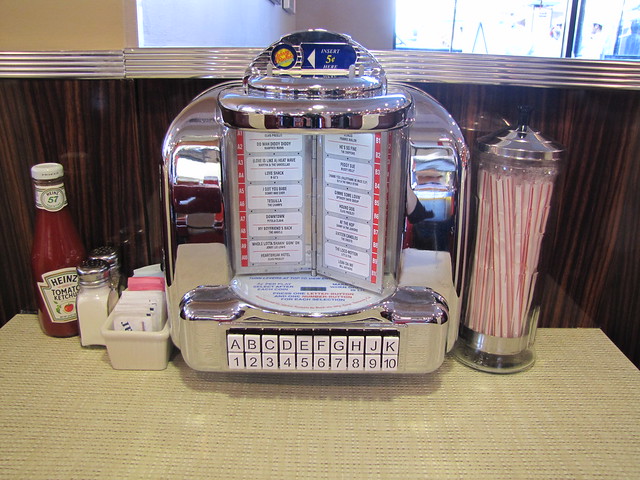 I was in a band, Carroll County, which was following CSN&Y, the Eagles, Loggins & Messina, and a host of others deeper into country music. This was still too far ridiculous for us, and we never quite embraced this, but the irony was gone almost as soon as we sniggered.  Stephen Still's Manassas had long been out and the Flying Burrito Brothers were on our turntable nightly.

I went back anti-country after the 70's, because too much of evangelical culture seemed to regard that as God's True Music. Still, I do like close harmony, and country music has always been strong on that. Bluegrass, anything with a fiddle, and anything that hearkens back to Scots-Irish roots are about as far as I'll follow now.  Creedence Clearwater Revival seems to have won the day, bringing rock into country and country into mainstream, which persists to this day.  Okay, until the year 2000 anyway, because I don't really have much solid information after that.

To top it all off, PBR is fashionable now. Oh, and you know Russell from an earlier song, covered by the Beatles, "Act Naturally."
Posted by Assistant Village Idiot at 10:53 PM

My experience of that song was almost the opposite, although I think I also encountered it first while living in Virginia. For me, it was a marker of the things of home, while surrounded by things that often weren't quite right. The sweet tea line is somewhere in Virginia, and near D.C. where I was it was nearly impossible to get.

I don't drink the stuff anymore -- it's far too sweet for me now -- but at the time, finding a restaurant that would serve sweet tea and play songs like that one provoked a strong but pleasing nostalgia.

I am reminded of a trip back to my NE hometown. I dropped in on a classmate of my sister's, who had converted her parents' property into a place for paying visitors. Among the things she had done was to convert a barn into a country and western dance hall- a bit of Texas in the heart of rural NE. I say Texas, because the musicians highlighted on the walls tended to be from Texas.

Regarding sweet/not sweet, I am reminded of cornbread, which in the North is often made with sugar, and not sweetened in the South. As my mother was from south of the Mason Dixon line, I was raised in NE on unsweetened cornbread. My mother liked her buttermilk, which is much more popular south of the Mason Dixon line than north of it. When I moved south, I found out from my cousins that there was buttermilk and "sweet milk," which was what I called "milk."

For me cornbread has to be buttermilk and no sugar. I'm startled by the idea of maple syrup on grits until I reflect that I enjoy brown sugar on Cream of Wheat, which is basically the same thing.