Looking Down on the Cross

Caution: It is not for me to command what you should contemplate, especially without warning. Those who have children should be especially prepared to bail until another time, or even never.

I always imagine looking up at the cross.  Up to a savior, to something greater than me brought low, yet still magnificent, offering forgiveness despite his pain, fighting through to think of those he loved. We put crosses up high in church, and on top of churches. Cathedrals were designed to dominate the landscape, to be above other buildings and features, with a cross atop them. When people want to advertise their Jesus they put him up overlooking the landscape, even way, way, up as in Rio de Janeiro. Lift High the Cross.

Tonight at Good Friday service, the Seven Last Words of Christ, I looked down on the cross, not for the first time, but I think for the first time with understanding.  Though I have heard the many Scripture verses about the Father giving his Son, with emphasis on how great the sacrifice; though I know the Genesis tie-in of Abraham offering his only son Isaac and the foreshadowing that "God himself will provide the lamb;" though I saw when still young  the Salvador Dali painting of Christ from above, I had not made it real. 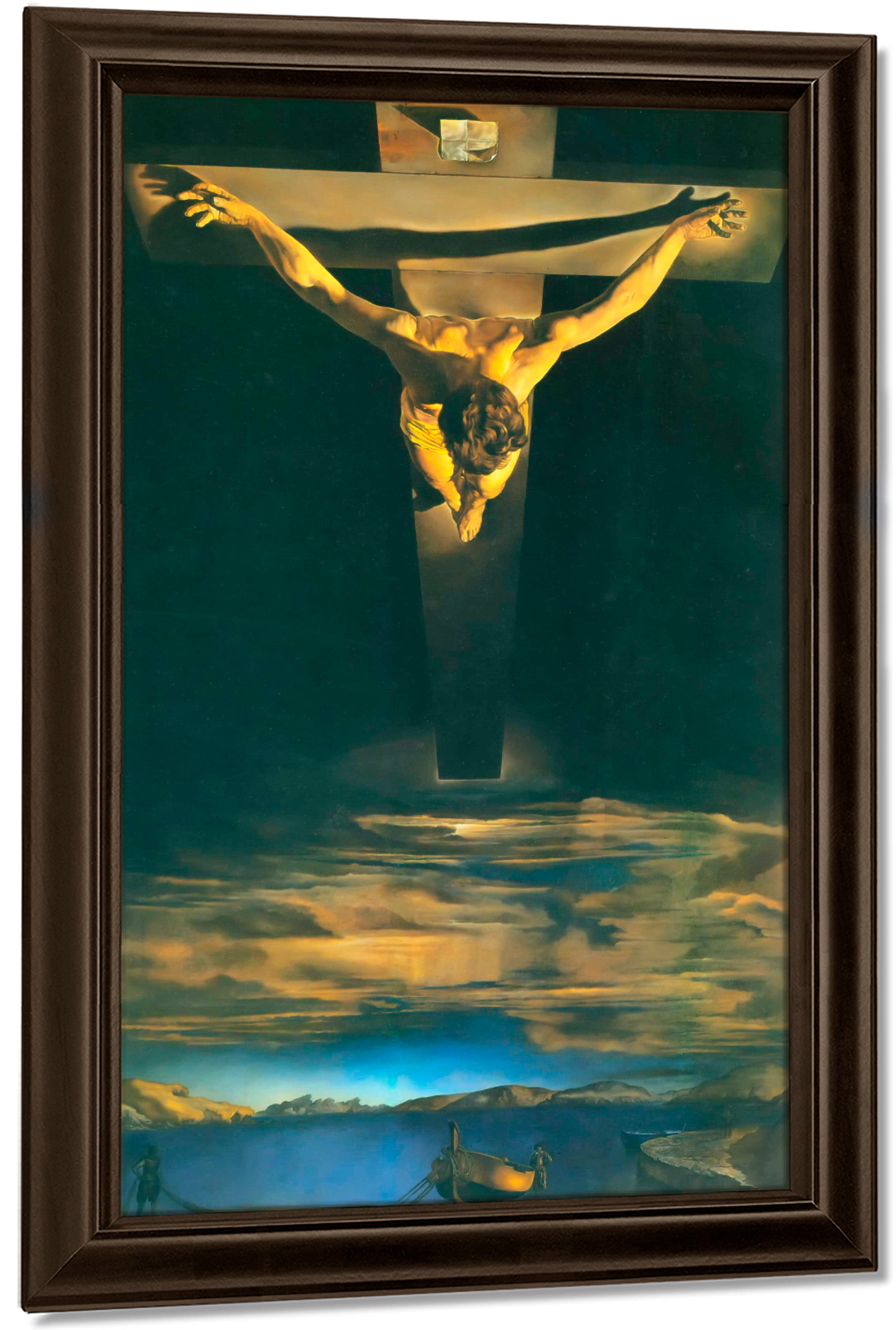 Tonight, prompted by something in one of the songs we sang, I looked down and saw my own first son, bleeding and still alive, crucified. He was in real space sitting right behind me and I even glanced back in horror to make sure he was okay. But before my eyes even rested on him I saw his four brothers as well, all from above, all bleeding in a row, all still alive but crucified and I just started weeping. I never knew, I never knew.

I could not hold focus on any of them, my mind refused to go there.  I quickly cleaned it up by 90% to even stay in that space. I felt pity for the younger three, who understand much less about Christ and would be hanging there without understanding, simply puzzled and tormented.  Then I realised the the older two would not fare any better, nor could any of us. Who could? Eloi, Eloi, lama sabachthani, which the Satan character repeats with great glee in Perelandra.

Good Friday has always been solemn, and even sad. Now I am afraid of it and don't ever want to see it again.  That may be the proper response and spiritually uplifting, but I don't want it.

The only way I can bear that image is to contemplate 1 Cor. 15:26: "The last enemy to be destroyed is death." We couldn't have, but He did, and will.