The Sunday paper was on the table in the morning at the bed & breakfast. I suppose it's not that rare, but this is in the context of a house that has a dial phone and a light switch I have not seen for decades, one of those two-button deals. It felt like entering an earlier time - which was appropriate, as we were visiting the town my wife's family had moved from sixty years ago.

I recognised less than half of the comics, but at another level they are still the same.  Women work hard and are unappreciated.  Men are jerks, especially husbands and bosses.  Teenagers are lazy and irresponsible. Ha Ha Ha. 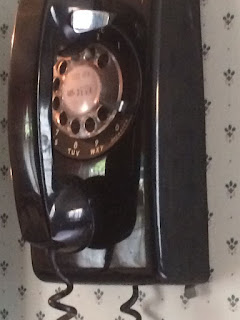 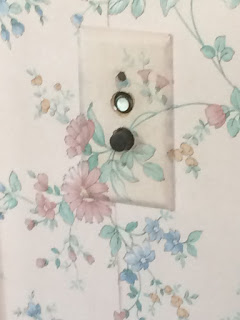 So long as they don't have knob and tube wiring behind the light switches...

I'm amazed they still have a dial phone. Our local phone company changed their switching years ago and dial phones haven't worked since. They must have some kind of grandfather clause in the contract.

A lot of the comics are same-old, same-old--and it seems that often the ones that don't quite match that template (Rose is Rose, Arlo N Janis) are the ones that get cut. I'm told this is the new golden age of comics--on the web. Anybody can get published and discovered on the web, and many thousands do. Of course on the web, not 90 but 99% of everything is trash, but that still leaves a few gems. Or did--I've not been reading much online beyond XKCD, so I don't know anymore.

It's amazing how thin the Sunday paper gets when I strip out the ad fliers. Used to be we'd find something useful in those, but not much anymore--probably time to review the value of a subscription.

I grew up in a farmhouse with those kind of switches, a rotary phone, and a coal furnace. The house was wired when built which was actually a couple years before the electric lines got run to it.

We had knob-and-tube wiring in the first house we lived in 1978. The house had been built as a one-room cottage in 1906 and gradually added to. I don't know when it was wired.

I can't remember the last time I bought a Sunday paper.

My parents told me that as a preschooler I liked having the comics read to me. Typical of that age group, I also wanted to have the same strip read repeatedly.

As I liked the comic strip For Better or Worse, I ended up purchasing a number of FBOW collections.

A number of my relatives didn't have electricity in their homes until the 1930s.

Circa 1910, instead of installing electricity and indoor plumbing in his house, my great grandfather decided it was better- maybe even cheaper- to build a new house with indoor plumbing and wiring. Which he did.

With my own tiny hands I have been known to wrap a switchplate in matching wallpaper, though it's been a while.