It Was My Understanding There Would Be No Math

A therapist from the community mental health system was discussing the budget cuts with me, noting that he had believed at first that NH is short of money, but after attending the rally a week or so ago, he had realised that it’s all political. The protests about the budget cuts included two overlapping, but nonetheless distinct groups: those protesting loss of services, and those demonstrating in favor of union power. The community mental health center employees are not state employees and not union, so they come to such rallies entirely in the “no loss of services” group. But union speakers and organisers dominated the protests, and for that group the politics is more the issue than the services, so it is unsurprising that attendees were influenced in that direction. It is also a savvy move on the part of the unions to portray the protests as one unified group instead of two, and to frame the rally in an us/them way.

The part that distresses me is where the discussion went from there, with general agreement that there was not really a lack of funds, but only a “current political climate,” and an opportunism by “political groups” to “gain more control.” Well, partial truth values, as they say. They believe that there could be plenty of money out there, but nefarious others are earning it evilly and keeping it unfairly. The anecdotes about corporations, and rich people paying no taxes, bubbled up quickly, and the personal stories about how much they resented big houses, arrogant people they had seen, rich towns screwing the poor, and the like were not far behind. Don’t tell me it’s not class envy. I just listened to it in my office.

The other prejudice, that useless government workers are getting paid big bucks, stealing from the noble working man, is also irritating. However, there is at least more truth in that one.

Portraying this as mere Hatfields and McCoys, or Serbs versus Croats, allows people to retreat entirely into their tribal mode. Those evil/stupid people want to take power from our wise/kindly selves. Comments sections of political blogs are full of this rhetoric from both sides. I believe most people work hard for less money than they might and get very little credit for it. That is true of government workers and those in private employ. We in government get more job security and better benefits generally, so we have considerable pluses there. We are also stuck in bureaucracies that do not reward excellence, so that’s a tradeoff.

Here is the big split, the great divide between the two groups. Though it is a tendency, and not a universal, it is pronounced; I find it enormous. One side seems able to do math, the other not so much. It is possible to resort to actual numbers, such as revenue projections, fixed costs. I can’t get folks to go there. Not here, anyway. There would be plenty that could be debated, as the Republicans and Democrats have different revenue projection and each accuses the other of accounting tricks. But at street level, I find that folks on the Democratic side, be they liberal or union, just don’t want to bring numbers into the discussion except in oversimplified advocacy form (“The top 3% of all Americans…”)

It Was My Understanding There Would Be No Math 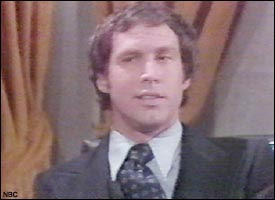 Plenty of exceptions, of course – I may have complaints about Paul Krugman, but inability to do arithmetic isn’t one of them. And, I have little doubt there are innumerate Tea Partiers, though I don’t know enough of them to generalise. But the folks with graduate degrees that I encounter at work generally have little understanding of, or patience with, numbers. (The physicians are a notable exception to this.) This includes the attorneys, BTW, not only the social workers, psychologists, admin grads, and rehab therapists. While many lawyers are quite savvy with statistics, many others (and I am thinking the younger ones are worse?) clearly aren’t.

I am also recalling Ilya Somin’s observation about clergy – word people – making comments about economics without knowing much. I made related comments a few years ago. (Beware: copithorne in the comments.) There is some evidence that conservatives get more civics questions right, get more social science questions wrong, and are about even in history. My longstanding hunch is that liberals are much better at picking up cultural references, which include not only current culture, but historical, art, and literary culture as well. But they avoid numbers.

I think the divide goes to the top. I had previously noted that Democratic politicians were more Law/Humanities/Wordy, while Republicans are more Math/Science/Business (let me stress again that these are only tendencies, though they are strong ones.) I also noted there that our senators tended to look too much alike, and thanked Obama in 2008 for looking different. All the puzzle and argument about Obama’s intelligence isn’t difficult to fathom once one posits SAT’s of 700V, 500M. (Equivalent to something over 1900 by today’s scoring) The 700 is plenty for honors at even HLS if you bring other skills to the table, but the 500 means you “only” get in to Occidental from Punahou Prep, and never allow the score to be published again – especially if it was just short of that and began with a “4.” It would just look bad.* I don’t know those numbers to be true, I simply note that they fit well with someone with Obama’s gifts who is clearly hiding large portions of his academic and testing record. George Bush was somewhat the reverse, 566V, 640M (also about 1900 now). For those interested in the politician and vote IQ discussions in general – Al Gore, John Kerry, presidential comparisons, state-by-state, urban legends – can search over at Steve Sailer’s site (sidebar). There’s an older article here which covers a lot of the territory, though Steve has made adjustments since then.

*Not as bad as Bill Bradley’s 485V, but bad in terms of running for president. A 500M is actually fine for most jobs in the world.
Posted by Assistant Village Idiot at 7:12 PM

The wordy people seem to love elocution and bafflegab. Their grasp on words is good; less so is their grasp of the reality those words describe.

"I am also recalling Ilya Somin’s observation about clergy – word people – making comments about economics without knowing much. I made related comments a few years ago. (Beware: copithorne in the comments.)"

Voting as in "The middle class is instructed to vote money away from rich people to give to poor people. That’s the Jesus way!" is robbing Peter to pay Paul, and Jose, and Veronica, and...

As is said elsewhere, millionaires who think they don't pay enough in taxes can throw in more if they want to, but usually they don't want to. They seem to think I should, however.

With regard to your discussion of SAT scores, I always have to wonder where people come up with these reports of scores such as 566 Verbal. There's no such score on the SAT, since the scores are all in 10 point increments, and that was true at least as far back as the 70s. If they had single point or even five point increments in scores in the 60s, it is news to me, but it also makes me wonder why they would have used a scale from 200 - 800 for each part of the test if they were going to issue scores in such small increments.

An anecdote follows of the numbers gap between the two sides. When I started grad school back in the eighties, after being laid off, I made a comment to a roommate who was a grad student in the social sciences. He went on to get a Ph.D. at Stanford, and is now a professor in ____ Studies.

I pointed out with the then current tax code, and with inflation still strong, that inflation could result in your income not increasing in real terms but with your being pushed into a higher tax bracket.

"That's a very right wing thing to say," was the reply.

I thought to myself, if using my mind makes me a right winger, so be it.

At the time, I considered myself to be of the left, but such innumeracy indicates why I became a right winger.

Gringo, he was clearly telling the truth--the ability (and especially the tendency to) think ahead about what is going on now, or is likely to, IS a right wing trait. Which is why raising taxes and spending more comes naturally to leftists, and why they are always surprised (and unexpectedly so) to find that raising taxes on the rich results in lower receipts and the rich moving away. Unexpectedly!

So whatever Obama's scores were, they would be in ten-point increments; but not Bush, Kerry, or Gore (necessarily).

That is most likely. I was trying to research the history of the SAT last night to see when the increment change might have occurred, but my best guess is that it was sometime in the mid-70s (1974 or 1975), because there were a few other changes made then, too.

When I took the SAT in 1973, it was in 10-point increments. I've always scored just about exactly the same in V and M, by the way, which may explain why I spent the first half of my life as a liberal and the second half as a conservative.

I've noticed lately a tendency of people on liberal comments boards to announce that they can't continue an argument with me because I "lack empathy."