Derb has a go at the question.  It's a poorly defined term, that some smart people are trying to establish some common understanding about.

He says he doesn't know, but thinks not.


My impression is that libertarianism has succumbed to an intellectual version of the Aspidistra Effect. That is to say, it has moved down-market. (The aspidistra is a potted plant that decorated wealthy households in Victorian England. By the time Orwell used it in the title of a novel a generation later it had been taken up by the lower-middle classes, and of course abandoned by the gentry.)

It used to be that if someone told you, “I am a libertarian,” it was at a gathering of conservative intellectuals, perhaps even at the Mencken club. You could then get into an interesting conversation about what kind of libertarian he was: Classical, Objectivist, Paleolibertarian, …

Nowadays if you hear those words it’s probably some smart high-schooler speaking; and if you try to drill down further he freezes. 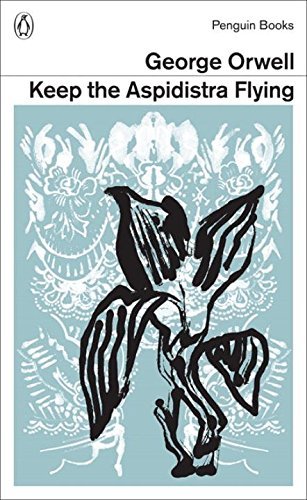 He rather convinces me I'm not. But it's back on the table, by these definitions.No, that's not quite what I mean.  I've got a few of those I'm not on board with, and I share Derb's distaste for terms that simply aren't clear. But a few of these are better put, and more defensible in these descriptions, than what I have seen previously.
Posted by Assistant Village Idiot at 10:43 PM

"There are more things in heaven and earth, Horatio, Than are dreamt of in your philosophy." ~~ Shakespeare

"A foolish consistency is the hobgoblin of little minds, adored by little statesmen and philosophers and divines." ~~ Emerson

Ideology and philosophy often become self imposed blinders, relieving one of the burden of being engaged with the world.

btw - the very best book I have ever read about philosophy is "The Cave and the Light" by Herman Franks.

The alt-right could be many things but from my perspective libertarian is far down on the list. I rather resembled his remark about the smart high schooler 40 years ago and I think it was true even then. Now days at least the capital-L Libertarians are more likely stoners.

"Nowadays if you hear those words it’s probably some smart high-schooler speaking; and if you try to drill down further he freezes."

I think there are probably fewer libertarians around to utter those words, but I also think you are seeing the result of how the term "libertarian" has been systematically pushed into a somewhat strange place, so that (over the last decade especially) I have become more reluctant to use that term even though I remain as somewhere-between-Milton-and-David-Friedman-style libertarian as ever.

People who get a salary to publish an opinion are overrepresented among highly visible "libertarians", and so they have a lot of influence on how people will hear it if I say I am a libertarian. And they have maintained a fair amount of message discipline pushing hard on some not-very-libertarian positions. In particular, ordinary libertarians do tend to be at least receptive to more immigration, sometimes going all the way to principled open borders libertarianism, but it is unnatural for libertarians to be so gung-ho uncritically in favor of any immigration-ish thing that they support the baroque perversity of recent decades of actual immigration policy. Supporting something as twisted as H1B visas --- specifically keeping skilled people bound to a particular employer, who is given this indenture privilege by a government agency in a somewhat unaccountable procedure? And pushing paths to citizenship that are crafted to admit existing illegal immigrants while bypassing these people? The natural libertarian response is hostility, like the natural libertarian response to a privilege granted to an individual firm in the Indian "permit Raj" --- libertarians don't generally confuse special import or export privileges handed out as favors with "free trade".

Besides this steady drumbeat from the paid advocates, ordinary libertarians have also contributed to the drift of the term by being squishy on principles in cases in which the upper middle class is too passionately enthusiastic about kicking down by violating them. It takes an unusual amount of stubborn grit (or social obliviousness, which sometimes works too) to criticize restrictive zoning policies that have very little to do with ordinary nuisances and very much to do with preserving separation from those people, or to criticize professional licensing arrangements which have more to do with keeping competition out (and, increasingly, something to do with distributing rather valuable ethnic patronage) and tenuous connection to do with the stated protection-of-the-public reasons. Libertarians who do criticize these things often focus on particular excesses near the edge of the Overton Window --- ferociously restrictive licensing of hair braiders, or some instance of particularly over-the-top land-use policy incoherence in a place like the Bay Area --- to such an extent that they do not distinguish themselves all that much as general libertarians because even some people with more conventional views are willing to make specific consequentialist criticisms of instances like that when they get embarrassing enough.

It's as though ca. 1845 a campaign of paid shills had been reasonably successful in associating the term "abolitionist" with a determinedly narrow platform of attacking slavery not in the USA but only in rival countries more prosperous than the USA, while many of the rank and file "abolitionists" were somewhat opposed to slavery in general but too timid to actually come out against slavery in general, only against particular extreme cases (perhaps against renting out slaves as prostitutes?) in which some of their more conventional pro-slavery upper-middle-class associates would support them. Someone who was an actual abolitionist might be casting around for a less-confused term.

I'm running for local office and openly describe myself as a libertarian. I never stopped describing myself as a feminist, either, though both of these labels are easily misunderstood these days.

I doubt that alt-right will ever get fully defined. Or correctly defined, and certainly not by the left.

Right now, boogeyman seems to be the leftish definition.

When your enemies define you - heck, even if your friends define you, I suppose - it is going to have a lot of emotive rather than strictly logical pieces to it. I've heard of Vox Day, and I have thought he's some species of conservative. John Derbyshire is, though not traditionally so.

Vox Day is, to my knowledge, anti-leftist. 4-5 years ago, there was a big hoo-hah about the science fiction HUGO awards (seemed to be awarded to message fiction, "people of color", feminists, and gays/transgenders). The Sad Puppies group started it, wanting stories, not messages. Vox thought they weren't stout enough, so he started his own dissident group, the Rabid Puppies. You could look it up if you wanted, and have lots of time to spend.

I think the apparent change in libertarianism is part of a larger change in partisan politics. People whose opinions once made them moderate Democrats are now more likely to be Republicans. So are people who once might have considered themselves libertarians but who decided that libertarian politics is a dead-end. These migrations perhaps leave the Republican Party more ideologically diverse, while Democrats are more socialist and libertarians skew more towards druggies and social misfits than was formerly the case.