My Aunt Jennie's book about Swedish-American girls, The Golden Name Day, a 1956 Newbery runner-up, has been reissued after many years. I have written about it a few times over the years, most recently in 2019. I had not heard that is was coming out again. The last paperback edition was 1971, I think. 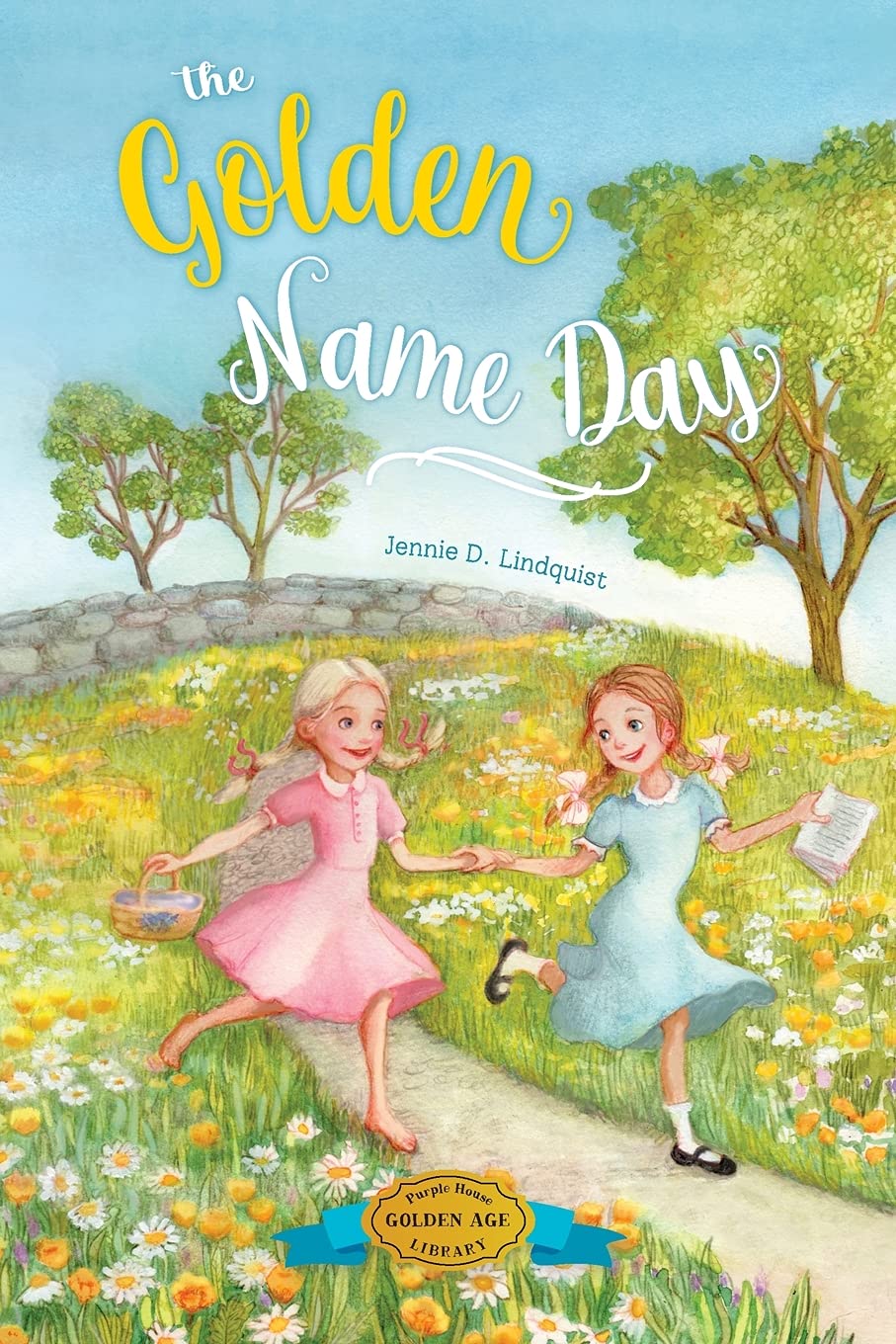 It's a charming girl book, recommended for 8-12, and my wife has read it aloud to our two oldest granddaughters. Her grave is in the Lindquist family plot in the Swedish section of Pine Grove in Manchester, next to her favorite cousin (and everyone's else's favorite aunt), Selma.  They both died decades ago, but we still go to the site every year.

I certainly like the old Garth Williams cover much better than the new one, but none of the family was consulted about any of this.  The copyright has long since expired, but perhaps the illustrations have not.  She donated her children's literature collection (she had been editor of The Horn Book as well) and many of her personal papers to White Pines College, which later became Chester College.  I had the rest but could think of nothing to do with them and eventually donated those to the college as well.  The school went under about a decade ago, and I imagine they are all long gone now, scattered or even destroyed.  I keep thinking I should put in the effort to do a Wikipedia page on Jennie, but have never gotten around to it.

I have a niece who is a bit younger than that, and I'm always looking for books to send her -- I never see her, because she's on the other side of the country. Hopefully I'll remember when she's the right age.