My son tells me that a mutual friend, who served with candidate  Don Bolduc at CENTCOM, recommends him in the strongest terms.  "If I still lived in NH, I'd be working for his campaign.  You should go volunteer for him."  This from a lawyer who works many hours a week and has not previously worked on a political campaign. I respect this person's opinion greatly.  When he used to live here, he was informative at the occasional beer night.

Bolduc is a retired Brigadier General and is running to face off against Senator Jeanne Shaheen in the general. I'd love to see someone defeat Shaheen, who is a cipher, an automatic Democrat vote for whatever she is told to do.  She has survived on the basis of excellent constituent service and New Hampshire going purple.


In related news, my son took his daughters, 12 and 8, to hear Andrew Yang today.  He found him natural and personable in a very non-politician way.  I have not paid much attention, but he seems like a decent individual whose ideas I disagree with. He made jokes about his Asian upbringing which some of the Caucasians in the crowd stiffened at, but the other Asians laughed. His big thing is Universal Basic Income, which I think untenable but have to acknowledge even Milton Friedman said good things about.  Yang says that it works in Alaska.  Maybe, but I have heard some negatives as well from my Alaskan son. 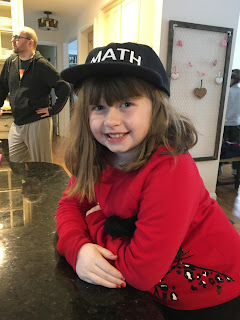 When Brown was elected in MA I immediately sent emails to his campaign and then again to his Senate email advising him to hire on any of the Kennedy constituent services people who would work for him - even though they were other party.

I've had friends and neighbors who were assistants to parliamentary MPs in other countries, I saw there that in landslide elections it is often the same staff working for new politicians -- they don't know any other work, and they know how to work the system.

One of the things I found in getting a green card for my wife is that the process is opaque and intimidating -- you think you've done everything right and then there is a period of hearing nothing and being told that any queries actually slow down the process. But one phone call to a Senator's office, and suddenly everything is smooth sailing and well communicated.

I do think that that the government intentionally puts sticky points into citizen's interactions with them, just so that constituent services can be so appreciated. But I still appreciate the legislators who helped us!