In honor of album 1700 - Peter, Paul, & Mary's attempt to be hip again. Watch Mary Travers in this cut-short video of the second song they released as a single from this album. They can't hide the fact that they don't know what rock and roll is, and they don't like it much anyway.

Full confession - I loved this album, which came out just as I entered high school. It was so significant (The Great Mandella, Weep For Jamie), so deep (The House Song, Bob Dylan's Dream), so folky (Rolling Home, The Song Is Love), so achingly bittersweet romantic (Leavin' On A Jet Plane, No Other Name). Just like I thought I was at fourteen. I can still recite the liner notes. 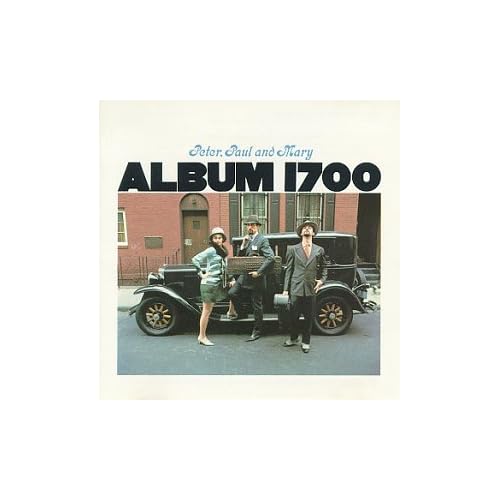