John Sebastian Freaks Out a Turtle 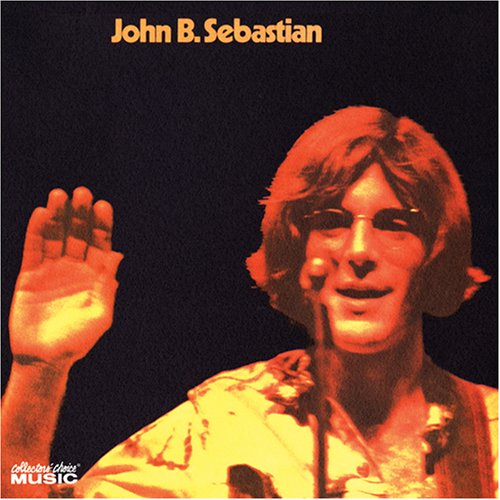 I worshipped John Sebastian in the late 60’s. He wrote both happy, chirpy tunes like “Daydream” and quieter, reflective songs such as “Younger Girl.” Far out, eh?. And y’know, the happy songs weren’t just happy, but had uh, cleverness too. And…and the reflective songs weren’t just depressing things about loves lost but loves that were still going on. This is unusual for us sensitive poetic types, trust me. At 15, everyone I listened to was either culturo-politically significant or was mooning over some bittersweet breakup. The Lovin’ Spoonful were a refreshing break from that, because they couldn’t seem able to care less about political things, yet hung out with all the politically cool people. Nixon was president, but Zal and John just enjoyed life. To a highschool freshman, this seemed transcendent.

They were perpetually stoned, that was a lot of it. Everyone is cheery and looks reflective when buzzed. We knew our favorite bands all smoked a little marijuana – they were cool, weren’t they? Well, then. But it did not dawn on me for years how extensive this was in Sebastian’s case. Even Woodstock didn’t tip me off – I still figured that John was just this really upbeat, cheery guy who liked to blow a joint now and again. Only gradually did I apprehend that the man was permanently baked. Baked hard. Retrospectively, it explains a lot. See for yourself:

Upon further review, those happy songs were one step above novelty songs. “Did You Ever Have To Make Up Your Mind?” - how is that more elevated than “Itsy Bitsy Teenie Weenie,” or any of several classics by Alvin and the Chipmunks? In a head to head (heh) matchup for exposition of Southern Culture, Sebastian puts up “Nashville Cats” and “Jug Band Music.” John Denver enters “Thank God I’m a Country Boy” and “Country Road.” The novelty acts put up “Convoy” and “Dew Drop Inn.” Tough call. Tougher, because no judge could sit through all six songs consecutively, in any order.

By the time he did “Cheapo Cheapo Productions: Real Live John Sebastian” and “The Four of Us”

(which was a double album with a tie-dyed cover. Top that, Joni Mitchell), there was nothing left of him, just a pleasant guy wandering around stage and studio picking up instruments at random, singing as much of songs as he could remember. The reviews of these albums were glowing. Sebastian showed such versatility! Sebastian still had his good-time lyrics going! Uh, Sebastian had become a jukebox, thrilled to play anything that people shouted out, like a hippie Bojangles.

I had long since stopped any marijuana use because I didn’t want to get arrested, but I still subscribed to the conventional wisdom of my generation about pot: it wasn’t really bad for you, just made you a little silly. Following the later Sebastian raised the possibility that Hmm, maybe that stuff really is bad for you long term. There is a long, earnest explanation why it’s not bad for you at all, involving consciousness, karma, God, and natural herbs, which I somehow can’t recall, exactly.

Tree-huggers like to pose as the sober scientists these days, and don’t like to admit how much the popularity of their movement owes to baked folkies singing about how much better plants and rivers are than like, concrete. Environmentalists may have some science now, but at the first Earth Day, not so much. Pave paradise and put up a parking lot. Friends around a campfire, and everybody’s high. I’ve seen the steel and the concrete crumble. I will state again: some are perpetually trying to return to summer camp. John Sebastian had many contributions to this, but his best effort for utter stoned vacuity was probably “How Have You Been?” which I eagerly learned from a bootleg in 1970. The complete lyrics are here: As representative a batch of stoner lyrics as your could hope for, verging on the edge of significance and vision of a better world, signifying nothing. The episode with the turtle sums up early environmentalism so perfectly that I quote it in full here.

Remember that turtles are rather single-minded, and when lost will set out in a random direction look for home, unsatisfied until they find it. Sebastian’s helpfulness in dragging this creature miles from familiar territory, aided by his anthropomorphizing the little testudine ( pathetic fallacy ) looks a bit different. Cruel, even. But that’s how we thought then, saving the world by doing dumb stuff that made things worse. I imagine they gave the poor turtle, now destined to live his entire life in dim, confused frustration and likely dying shortly, some dope to calm him down. Maybe that helped. Or not.
Posted by Assistant Village Idiot at 9:45 PM

So the deal is, like, Wow, I'm a semi-regular dropper-by, bookmarking you as Weekly, and I never smoked no dope, though I likely know it when I smell it, but Man, John B.? Don't recall hearing anything from him after '75 or so.

Welcome Back! That should have been the theme of his 1975 tour when the show "Welcome Back, Kotter" hit the airwaves and Sebastian's theme song put him back on the charts. That is the one and only time I saw him in concert. One of the less inspiring concerts I ever attended, if memory serves correctly (no,I didn't see it through a marijuana induced haze).

Fast forward to 2000 and, lo and behold, John Sebastian and the Lovin' Spoonful are inducted into the Rock and Roll Hall of Fame! I've never really figured out their criteria. At least for baseball, you have statistics to go by. My favorite all time band, Genesis, is in the top 20 all time for album sales, were very innovative, had a killer stage show and they don't even get a nod from the R&RHOF. Go figure. I think those that are voting are in that same permanently induced high as John S.

Thanks for the trip back to the 60's AVI. And thanks, particularly, for debunking the "relevance" of some of the lyrics. "Come on, people now, smile on your brother, everybody get together and love one another right now." Powerful stuff!

I was in Zimbabwe, searching for John Sebastian pictures, ånd came across this site. Cool stuff, man. Cool stuff.

JOHN SEBASTIAN WAS JUST AN 'AVERAGE' STONER...just like any counter culture kid back in the 1960's...it
WAS NOT HIS LIFESTYLE...HE IS AND WAS A MUSICIAN AND SONGWRITER OF HIGH CALIBER...as a musician-contemporary of his in the band
DREAMLAND CHOO CHOO...that played alongside The Spoons in the Village back in the day...I WANT TO SAY THAT THE MUSIC OF THE SPOONS WAS MAGICAL...AND IT STILL IS...I RANK THEM AS MY ALL TIME FAVORITE BAND...THEY WERE NOT OVERTLY APOLITICAL...BUT RATHER SOUGHT OUT TO CELEBRATE THE SIMPLE THINGS IN LIFE...THE KINDS OF THINGS THAT MOST OF US ONLY GET TO DEAL WITH, IF WE ARE LUCKY...AND IF WE ARE LUCKIER STILL...REVEL IN THAT FACT...
LONG LIVE THE MUSIC OF THE LOVIN' SPOONFUL AND JOHN SEBASTIAN'S SOLO STUFF AS WELL....IT IS BETTER THAN ANY DRUG...AND LEAVES YOU IN A BETTER PLACE...AT LEAST IT DOES FOR ME....NOW, "DID YOU EVER HAVE TO MAKE UP YOUR MIND?"
Vee DeLuca

thanks for the information on this blog! I find it very interesting and entertaining! hopefully soon have updates that I love your post! I thank you too!
viagra online
generic viagra

This information is very interesting, I really enjoyed, I would like get more information about this, because is very beautiful, thanks for sharing! costa rica investment opportunities

Hello .. firstly I would like to send greetings to all readers. After this, I recognize the content so interesting about this article. For me personally I liked all the information. I would like to know of cases like this more often. In my personal experience I might mention a book called Generic Viagra in this book that I mentioned have very interesting topics, and also you have much to do with the main theme of this article.