Only On The Map - Rockwood and Bowkerville

Beyond Fitzwilliam, on the way to Troy, Bowkerville Road turns into Rockwood Pond Road - both villages marked right at the top of the lake. You see this in NH a lot - a village right at the far tip. This was often a train depot or loading platform, picking up those products that were easier to move by barge than road. On the bigger lakes, those grew into Alton or Newbury. More usually, when the trains stopped coming, there was no reason to have a town anymore, and it just withered away.

Looking in both directions, you can see that's what happened to Rockwood. A straighter line indicating trains once came through, but nothing else. 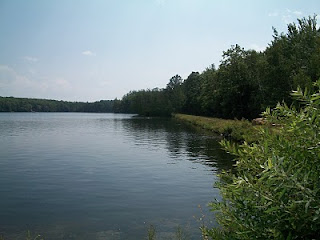 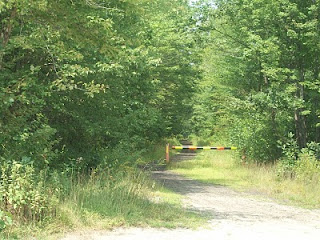 Bowkerville, only a mile away, fared just a bit better. They got a fire station in there before everything went kaput, and that was just enough to keep a presence. It's now the county fire training center, including practice tower. 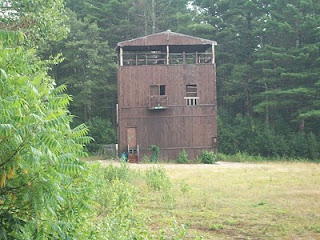 It's called the Monadnock County Fire Training Center, from which the unwary might conclude that New Hampshire has a Monadnock County. It doesn't. Mount Monadnock is in Cheshire County, but it dominates the area. It's not so very tall, but it rises up in isolation. The word monadnock is now the American name for any isolated mountain that rises out of a lower area. Only a bit over 3000 ft, but it's a fun little climb. It is in fact the most frequently climbed mountain in North America with 100,000 hikers a year.

So everything is named Monadnock around here.

On the back of the spare, cement-block fire training center is the legion hall and the local food pantry. Behind the attached open wooden carport - or truckport, I guess - is this little beauty. 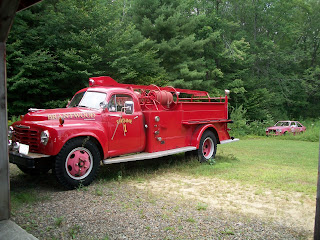 Many places in the country, this one would be in a museum. Seems to be in use in Cheshire County.

There are also a few houses within throwing distance, and Rockwood Pond Road continues to get traffic because it's the back way into Rhododendron State Park, with its acres of wild rhododendrons.
Posted by Assistant Village Idiot at 9:46 PM

Off-topic, but you have no contact info that I looked for and did not see:

I thought you might find the Sep 9 Get Fuzzy comic interesting for the ABBA mention:
http://comics.com/get_fuzzy/

I've seen a similar fire-truck in the "company history" display at one of General Motors' buildings.

I don't know how close the two trucks are, but I am amazed that there is still a working one out there.

Ha. That looks like a brand-new Cadillac compared to our brush trucks. It's wonderfully shiny, for one thing.

I also liked the junker behind the fire truck.